(The Carrie remake will be upon us on October 18th – thus we celebrate the strong women in horror, science fiction and exploitation with Countdown to Carrie!)

Even when quoting Shakespeare on the stages of life, I am no more than a common, cult film loving gutter dweller.

The glorious Anita Ekberg must know how I feel. Best known for her magnificent appearance in the art house classic La Dolce Vita (1960), this Swedish goddess spent a lot of her career in B-Movie fodder, television films and low budget horror! So, naturally in cult worlds, she is a QUEEN! 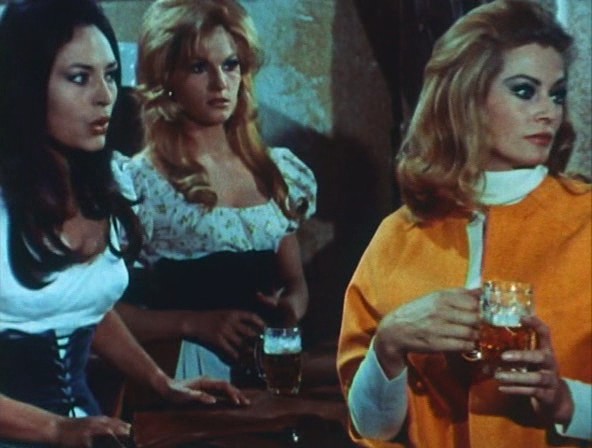 In 1969’s Fangs of the Living Dead (AKA Malenka), Ekberg played a virginal swimsuit model who discovers she is actually a countess. Traveling to her ancestors’ small village, Eckberg finds herself involved in vampirism and diabolic Scooby Doo like conspiracies. A bit long in the tooth to be playing an innocent beauty queen, she is none-the-less enchanting, here. 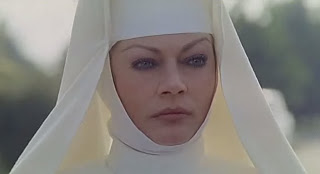 10 years later, Eckberg embraced the depravity of Killer Nun (1979). In a “I need to keep the villa” move, she portrays a sexually obsessed, drug addicted servant of the Catholic church. (Man, she would have fit right in with dozens of priests I’ve met.) Still beautiful, Eckberg met the possible indignities of this role with grace and passion. Thus, she will always be Horror Royalty in the Bloodied Book of Debauched Cinema! LOVE HER!