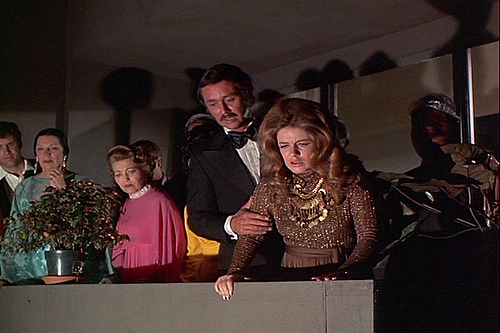 Despite his selfishness and intense body odor, I always find myself on an endless loop when it comes to my desire for that French cooking zombie down the hall.

Similarly, as vengeful tabloid reporter Holly Schaeffer on The Diary segment of a 1971 episode of Night Gallery, Patty Duke (and lots and lots of hair) finds herself frantically believing that every single day is the beginning of the new year. 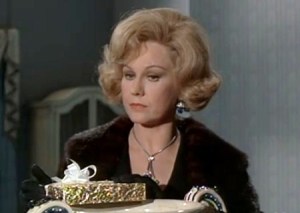 Gifted a deadly, prophetic diary by her frequent target, a faded Hollywood actress named Carrie Crane (Virginia Mayo), Duke’s Holly soon finds herself surrounded by death and destruction. Ultimately, she finds herself locked away in an asylum, madly experiencing time as it runs in endless circles.

Filled with an exquisite sense of mercurial cattiness, this gem allows Duke (who, also, appeared in such TV terrors as 76s Look What Happened to Rosemary’s Baby and 89s Amityville: The Evil Escapes) and former musical star Mayo (66s Castle of Evil and 77s Haunted) to go at with both guns firing. Viewers will, also, get a kick out of discovering Lindsay Wagner in an early role, as a nurse, as well.