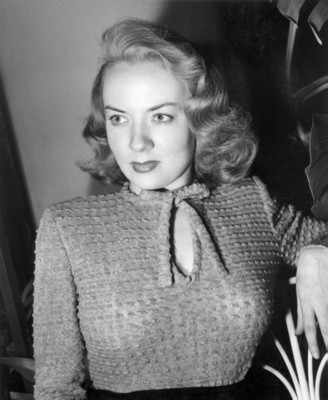 Despite the ample number of social security checks that she provides for them, the ice cold black widow, living across the hall, just can’t get any love from her children.

Similarly, the arctic charms of noir gem Audrey Totter were seeming brushed aside the week of her death (in December 2013) to concentrate on the passing of the likes of Peter O’Toole and Joan Fontaine. 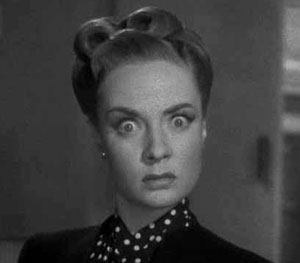 Totter, who died at the distinguished age of 95, this past December on the 12th (two days before O’Toole and three before Fontaine), brought cool charm to such dark, crime fueled dramas as The Postman Always Rings Twice (1946) and The Set-Up (1949). Granted, none of her major projects were specifically terror based, but many glimmered with a sense of gothic doom.

One of her first jobs, out of the gate, was voicing the evil side of Phyllis Thaxter’s multiple personality suffering character in 1945’s Bewitched. Presented as more of a dark, dual sided women’s picture than a true psychological study, Totter’s voiceovers rang with monstrous menace. 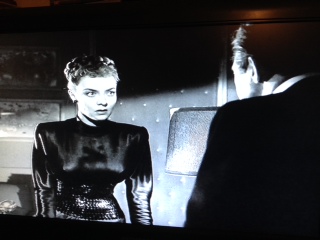 In 1947’s The Unsuspected, Totter’s manipulative Althea Keane finds herself going head-to-head with Claude Rains’ domineering Victor Grandison. Casablanca‘s Michael Curtiz directs this murder-mystery with the beautiful shadows and textures associated with the classic Universal monster pieces. The notable presence of Rains (The Invisible Man, The Phantom of the Opera and many others), handsome Hurd Hatfield (The Picture of Dorian Gray) and sassy Constance Bennett (the Topper series) add some nice, haunted texture to this fine piece, as well. But with her impervious eyes, haughty heart and regal manner, Totter here proves this she was one of cinema’s most potent, oft unrecognized queens. 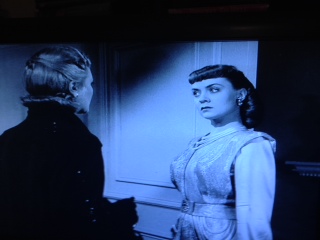 2 comments on “The Gothic Charms of Audrey Totter”