Those who have reluctantly sat on the sidelines will know how half of Hollywood felt upon the 1977 television debut of the Dan Curtis’ horror feast The Curse of the Black Widow. The cast, headlined by perennial television sweetheart Patty Duke and future Knots Landing vixen Donna Mills, featured many familiar faces both from the boob tube trenches and glamorous Hollywood films.

Here, Duke and Mills, as sisters holding a dark and venomous secret, were supported by the likes of famed comedian Sid Caesar, the sassy Roz Kelly (of Happy Days and New Year’s Evil fame), tough guy Vic Morrow, Barney Miller’s Max Gail, Curtis’ old Dark Shadows favorite James Storm and such feminine silver screen royalty as June Allyson and June Lockhart. Now, that’s a party anyone would have wanted to been invited to!

The film that emerges isn’t as quite as fun as the cast would have you imagine – but still has plenty of old school charm and bold amounts of cheesiness. While other directors of television nail biters (like Curtis Harrington) tried to use Val Lewton subtleties for their over-the-top offerings, Curtis goes whole hog. In the final act, he not only showcases major cast members encased in very thick, fake looking webbing, but he also brings out a very clumsy, unnatural looking arachnid to cause tremulous amounts of doom and gloom. And, why not? If you are going do it – do it all the way, baby! Or should I say ‘Spider Baby’? 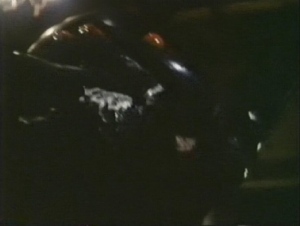 Further distinctive pleasure can be gained by the continual comic antagonism provided by Kelly, as (private eye) Tony Franciosa’s secretary, and Caesar as her neighbor, a cold blooded lawyer. The sight of Duke in a dark wig sporting a truly mysterious European accent, as her character’s hungry alter-ego, provides a multitude of viewing joy, as well.

Most importantly, Curtis and writers Robert Blees and Earl W. Wallace give the piece a nod to golden suspense flicks such as The Dark Mirror (which starred Olivia de Havilland as siblings suspected of murder) and Dead Ringer (featuring a pair of vengeful twins enacted by Bette Davis). The slow uncovering of the sisters’ mysterious past, while slightly predictable, does ultimately result in a nice feeling of femme powered noir. 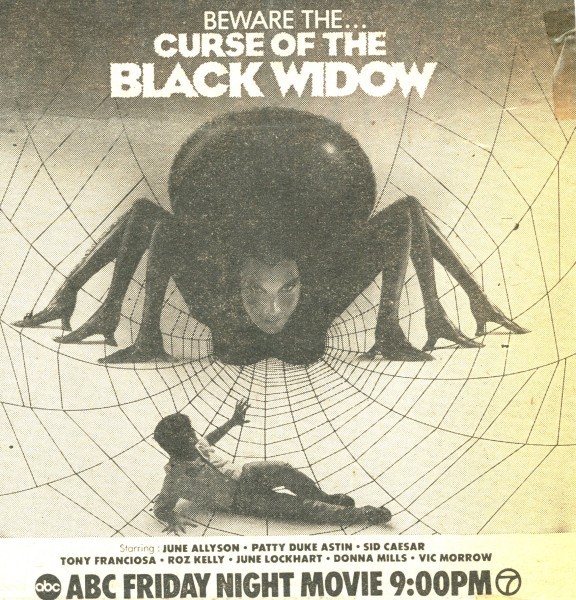