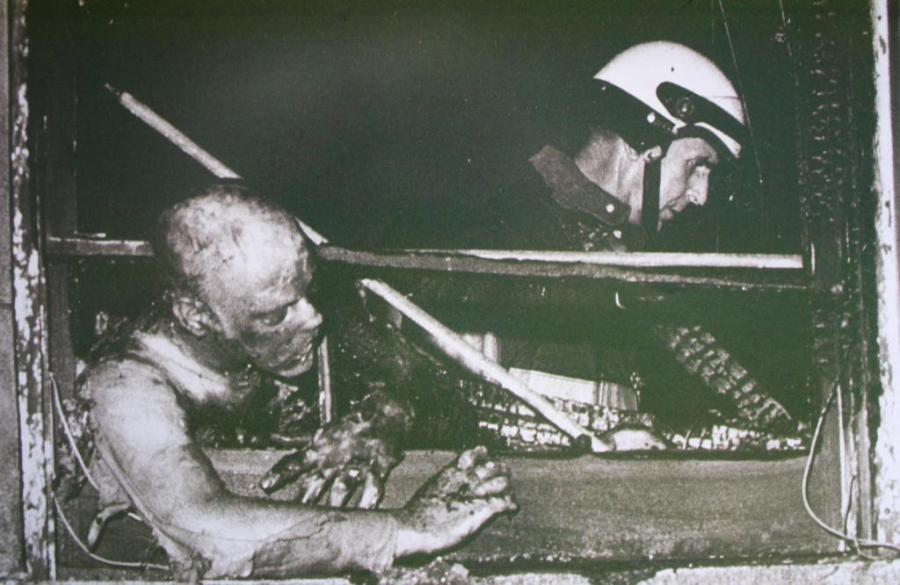 Nobody much looks, anymore, as I swing down the street in razor blade stilettos, howling I Need A Man in a bad Kermit, the Frog voice. Unfortunately, it wasn’t always this way.

This Pride Weekend will mark the 41st Anniversary of what has been labeled one of the deadliest attacks on LGBT people in US history. On June 24th, 1973 in New Orleans, thirty-two people, horrifically, lost their lives when the UpStairs Lounge was set on fire.

Even though all reports suggest that the fire was started by a disgruntled patron of the bar, the city’s lack of response after the attack borders on the criminal. Most news outlets refused to cover the event and when they did, it was merely as a joke. Families refused to identify bodies and one victim, Rev Bill Larson, who perished as he tried to escape through the barred windows, was left on public display for hours, Medieval warning style.

Even now, few know of this heinous incident. But a recent, lovingly detailed article by the Friendly Atheist pays magnificent tribute to those who fell, years ago.

An upcoming documentary film is, also, a potent reminder of all that was lost that day.

Here’s hoping that as people whisk through this weekend in drunken delight, they take a moment to acknowledge Larson (and all others) who paved the way – – and perished due to much less accepting climes.