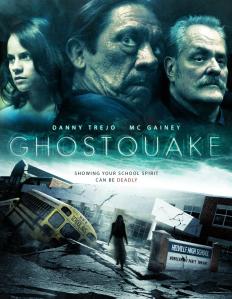 Whether it has been in prisons, on zombie filled islands or while visiting Desperate Housewives, Danny Trejo has encountered a lot, cinematically. But, I don’t know if any of that could have possibly prepared him for the dangers of 2012’s Ghostquakee (AKA Haunted High), though! 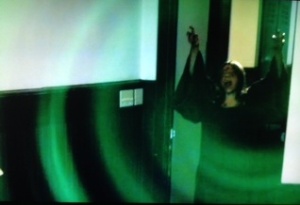 As a janitor fighting against a reanimated satanic warlock, Trejo faces down spooky computer generated phantasma-rings, bolts of hot-fake supernatural lightening and even, eventually, gets it on in a ghost-to-ghost battle!

Featuring deaths by toilet, auditorium bleachers, French horn, library floor and wildly spinning tile, Ghostquake is actually a pleasant enough timewaster – even for those who never want to cross paths with a rambling school bus ever again! 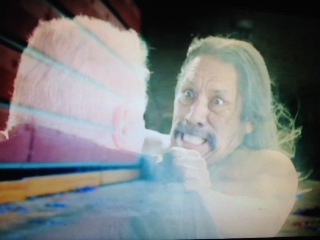