To quote an old Saturday Night Live Skit: “With a name like Super Eruption, it has to be good jam!” 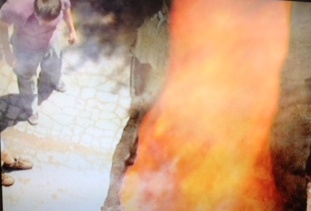 Actually, with a name like Super Eruption it has to be a cheesy SyFy flick about a hunky park ranger (Richard Burgi) and a sexy scientist (Juliet Aubrey) fighting to save lives as a dormant volcano under Yellowstone National Park fatally explodes.

Besides lots of computer generated lava and ash, this exploding-ly awesome epic even features what looks like a doll stand-in for Burgi as he parachutes down into a smoldering site.

Is that a doll or are you…

Even better, perhaps, may be the weird time travel subplot that definitely gives this quick and painless effort a fiery sense of odd originality.

For the truly sophisticated, though? Maybe not! Oh, well… 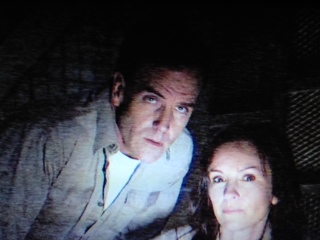 “The future’s so bright…” Not!