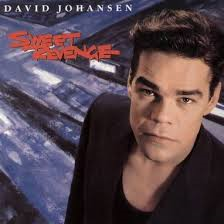 Forever proving a connective energy between rock n roll and horror, the outrageous antics of such bands as KISS, Twisted Sister, The Runaways and New York Dolls have always found favor with fans of terror. 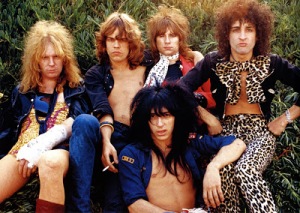 David Johansen, the eclectic lead singer of the glamorous, hyperactive New York Dolls, took the strand even further by essaying roles in such fright flicks as Tales from the Darkside: The Movie (1990) and Campfire Stories (2001). His 1984 solo album Sweet Revenge (which directly preceded his popular stint as Buster Poindexter), also, featured such ominous creations as the title track, Too Many Midnights (is there such a thing?) and Big Trouble.

Johansen even gave a highly energetic performance of the album’s King of Babylon on the (then) mega-blockbuster television series Miami Vice:

Granted his rap, there, may have some shrieking in terror – but more forgiving souls will believe that, always a consummate professional, he delivers it with gutsy panache.

One comment on “Music to Make Horror Movies By: David Johansen”