On Tuesday, March 17th, the same day that the Insidious Chapter 3 trailer dropped online, a handful of lucky Chicago residents got to see this preview launch at the historic Vic Theatre.

Local haunting expert Ursula Bielski warmed the audience up by introducing participants to the ghosts, including one named (aptly enough) Victoria, that have been rumored to linger along the arches of the well known establishment’s halls. She, also, enthusiastically asserted that the Insidious films contain accurate representations of astral projection, something that she and her brother have experienced in her own investigations into the mysterious and unknown.

The primary treat of the night, though, was the presence of actress Hayley Kiyoko. Kiyoko, currently appearing as a regular on CSI: Cyber, portrays Maggie, the best friend of the lead character, Quinn (Stefanie Scott). In addition to the nice adjustment of the series focusing on a young woman, Kiyoko also revealed that her character is Quinn’s primary source of support during the ghostly occurrences in the film, hinting that the feature will have some increasingly strong femme overtones. 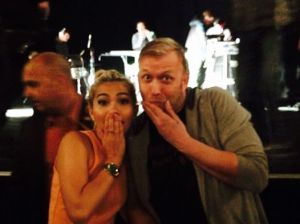 The friendly Kiyoko, admittedly not a fan of the horror genre due to being easily frightened, also maintained that making the feature was just as scary as watching it. While she and the other actors knew the circumstances behind the scares in each scene, director Leigh Whannell would often vary the rhythm in which the shocks where delivered when filming, allowing for maximum fright among the cast.

You can view some of the results here:

Keep up with Insidious Chapter 3 as it makes its way toward theaters at https://www.facebook.com/InsidiousMovie.

More information on Bielski and her Chicago Hauntings Tours is available at http://www.chicagohauntings.com, as well.

One comment on “The Feminine Focus of Insidious Chapter 3”