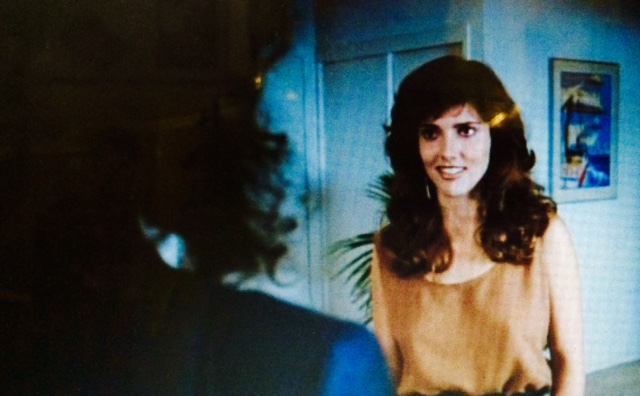 But a couple of 1989 television appearances by this well travelled beauty, who also logs in time as an artist of some acclaim, ultimately show her true versatility.

As the privileged Erica in the Investment in Death episode of the longstanding detective series Hunter, then in its 6th season, Laurence radiates with motherly concern and determined support as she learns of the assassination of a college friend. But, as Erica discovers that her wealthy boyfriend (Stephen Eckholdt) might be holding the keys to that murder, Laurence, also, shows levels of finely distressed confusion. 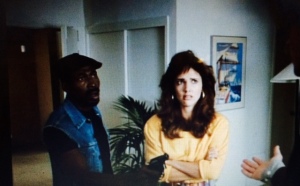 Granted, if one wants to view the role in a social context, in many ways, Erica is a typical accommodating girlfriend type. Laurence, though, invests everything she has in her and even adds subtle touches that clue us into the character’s financial status and background without the benefit of dialogue. Subtext, thy name is Laurence!

Laurence’s Jodie in The Match Game, a first season episode of Monsters, though, is a perfect illustration of why many fans are drawn to horror due to its show of strong female characters. The infectious ringleader of a quartet of friends, Jodie, is definitely the most powerful character on display here. 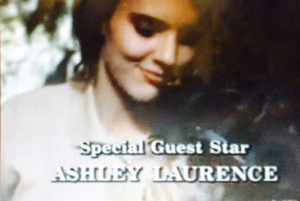 Orchestrating the group’s annual ghost story marathon, Laurence shows Jodie’s significant terror when their imagined tale starts to come true. But, she is also the one who, wisely, discovers how to reverse the deadly circumstances, making her character a truly strong and well rounded one.

Featuring a cast that, also, includes a pre-90210 Tori Spelling and genre favorite Sasha Jensen (Halloween 4, Ghoulies II, Buffy the Vampire Slayer), this episode is truly one of the most effective in the Monsters universe, featuring honest ghost house spooks along with Laurence’s truly effective emoting. 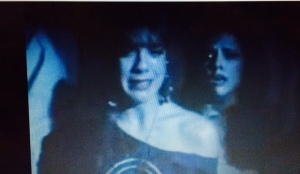