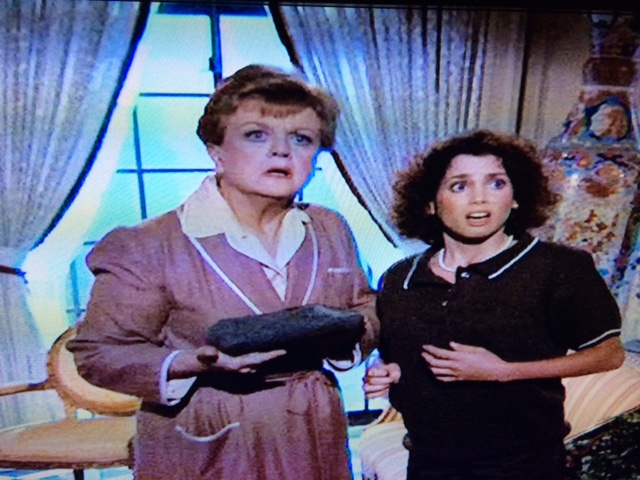 What goes around most certainly comes around. Perhaps, cinematically, no one found this to be truer than the glorious Ann Blyth. Immortalized as the devious Velda in the classic 1945 adaptation of Mildred Pierce, Blyth eventually found herself on the other end of the victimization scale in the second season Reflections of the Mind episode of Murder, She Wrote.

As Francesca Lodge, one of Jessica Fletcher’s oldest and wealthiest friends, Blyth reacts with royal emotion as her character begins to behave erratically and soon appears to be losing her mind. Naturally, the deductive Fletcher soon begins to suspect that someone close to Lodge has watched an old VHS copy of Gaslight one too many times.

Enter Lodge’s daughter Cheryl, played with concerned enthusiasm by the radiant Stacy Nelkin. Best known to loyal fright freaks as the spunky Ellie in Halloween III: Season of the Witch, Nelkin combines levels of true sympathy with a carefree, rock-n-roll nature here, making her seem the least likely suspect in this shady narrative.

But the terror Nelkin experiences, one rainy night, may point to a possibly sinister direction, especially considering that Cheryl’s comrade-in-arms, Carl, is played with smooth tempestuousness by Wings Hauser, well known for his psychotic portrayals in such cult efforts as Vice Squad, The Carpenter and The Wind. 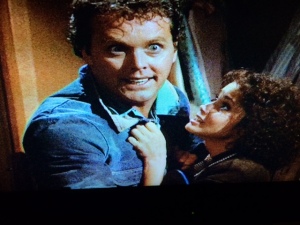 While this marked Blyth’s last acting appearance, the eclectic Nelkin would go on to play the deliciously demented Christy Russell on the short lived soap Generations and the notable Rita in the Academy Award winning Bullets Over Broadway before embarking on a successful career as a relationship expert.