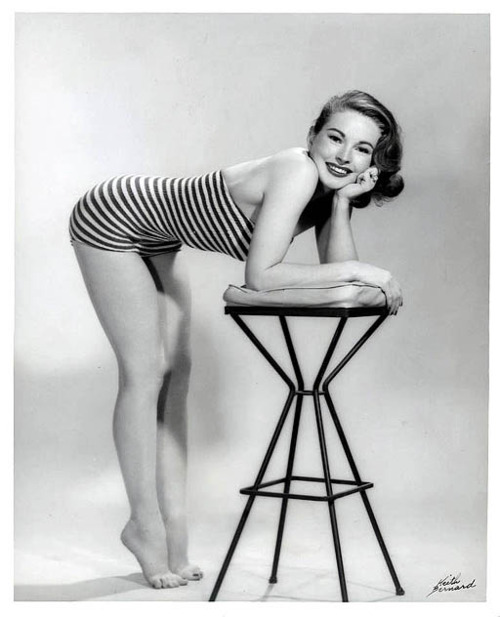 Always friendly and happy to talk about her B movie past, the sweet Coleen Gray passed away, at the age of 92, on August 3rd, 2015.

Starting out in the tough talking world of noir, Gray made solid impressions in 1947 with Kiss of Death and Nightmare Alley, which was famous for Tyrone Power’s attempt to provide a more serious image for himself and featured some of Gray’s darker work as a loving carnie willing to go to desperate lengths for the man she loved.

Often, though, her shining nature couldn’t be diminished and, among her bevy of Westerns and television programs, she provided 1957’s The Vampire with its share of screams as a concerned small town nurse. A rare turn as a powerful villainess provided Gray with, perhaps, her most notable role for genre fans, and until the end, she embraced the admiration she received for her work in 1960’s The Leech Woman. The interesting twist on this variation of The Wasp Woman, supposedly inspired by the tale of Elizabeth Bathory, was that the victims of June Talbot, the character Gray played, were mainly men not women. 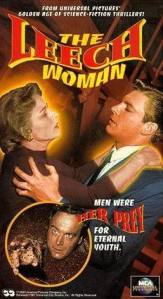 Gray was, also, proud of her work in a 1986 episode of Tales of the Darkside. She was quoted as being pleased to have worked with Lorna Luft, the daughter of an old friend, Judy Garland, in this, her last outing on the television screens of America.

A fond Rest in Peace to a beautiful and truly classy performer!