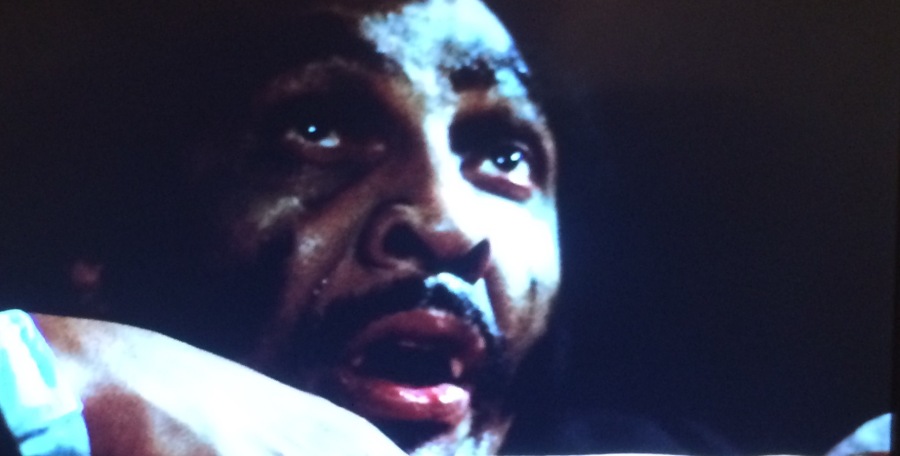 Some gays just can’t catch a break. They move into a neighborhood, fix it up and then are forced out when prices rise. Or like Blacula’s Bobby (the fluid Ted Harris) and Billy (an almost appropriately exaggerated Rick Metzler), they rescue a monster from centuries of imprisonment…and are, ultimately, killed for their troubles.  As purchasers of the estate of the notorious Dracula, these two interior decorators break the seals to the coffin of Mamuwalde (the Shakespearian William Marshall), one of the count’s erstwhile victims, and find themselves on the receiving end of his long delayed, very toothy hunger.

Soon, Mamuwalde is making a banquet out of a sassy female cab driver (the animated Ketty Lester) and buxom bar paparazzi like Nancy (the gorgeous Emily Yancy). Of course, his main attention is given to the beautiful Tina (a straight forward Vonetta McGee) whom he believes to be the reincarnation of his lost love. As her sister Michelle (the voluptuous, no nonsense Denise Nicholas) and her pathologist boyfriend, Dr. Thomas (an authoritative Thalmus Rasulala), begin to suspect that a vampire might be prowling the streets of Los Angeles; Tina falls further under Mamuwalde’s spell. Thomas and a police lieutenant (a flustered Gordon Pinsent) eventually track Mamuwalde to the warehouse where Tina is accidentally killed. Naturally, the terminally romantic, totally distraught Mamuwalde decides that he can’t live without her and allows himself to be burned up by the sun’s destructive rays, proving, with fiery impact, that heterosexual love has its downfalls, as well. 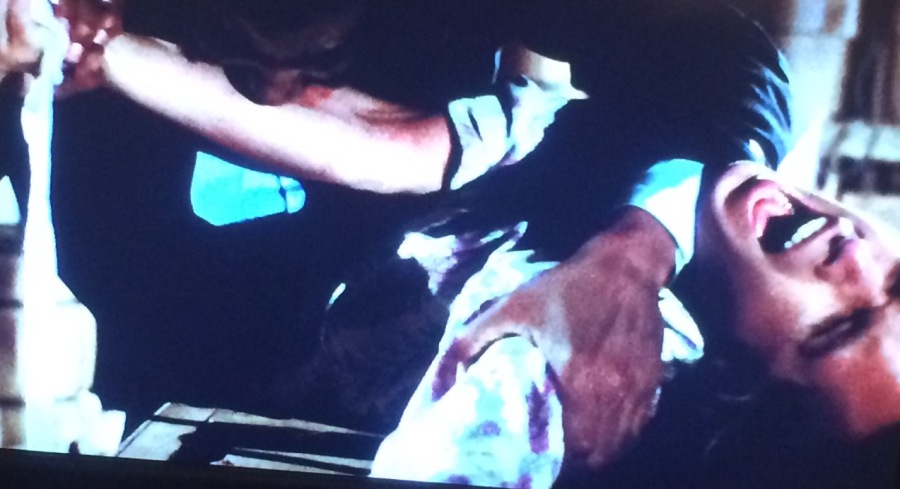 This classic example of blaxploitation made sweet with the money, spawning a sequel the following year, but it is, also, redolent with that era’s hatred and ignorance towards the queer community. Even the hero of the piece refers to Bobby and Billy as “two faggot interior decorators” and when the undead Bobby begins scouring the streets for necks to chew on, the police men trailing him, also, refer to him as a “fag” and remark on how all homosexuals look alike. Thankfully, the fact that this movie was made 43 years ago lends these comments an almost historical quality. Prejudice like this is definitely present today, but not often in such a focal quantity (especially in urban environments), and that, along with the film’s mention of Black Panther activity, its leveled looks at urban decay, and its music and costumes, give it a surprising social perspective. (Although, the fact that campaigns like “Black Lives Matter” are of vital importance today and that the transsexual community is under an ever present threat of violence proves how prescient this piece is, as well.)

Granted, one could imagine film historian Vito Russo, who examined the treatment of the GLBT community in film in such respected tomes as The Celluloid Closet, taking umbrage with Billy and Bobby’s stereotypical limp wristed antics. While actors Harris and Metzler definitely embrace the lighter sides of this duo’s personalities, it is, perhaps, just as significant to note that writers Joan Torres and Raymond Koenig, also, show some acceptance for that effeminacy, as well. Tina and Michelle are first introduced as they visit Bobby at the funeral home and make preparations to offer comfort to his grieving mother. This shows that Bobby, in particular, had a nonjudgmental community of family members to support him despite his perceived difference. It’s a small moment in the film, but pays homage to the characters’ real life counterparts whose kindness and strength meant the world to lavender blessed men and women the in those perilous decades and is still a comfort to many outsider types in too many parts of the world, today.

Blacula and its sequel Scream Blacula Scream were recently released in (crystal clear) remastered versions (with special features including interviews, commentary and photo galleries) by Scream Factory. More information is available at www.shoutfactory.com and https://www.facebook.com/ScreamFactoryDVD.