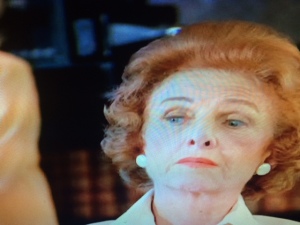 No one could underplay a line like Myrna Loy (1905-1993). In fact, her subtle intonations on the simplest statements in the classic The Thin Man series have insured peals of appreciative laughter from multiple eras of cinema fans.

Of course, Loy started out, like many a starlet, in the B-Movie wasteland. While this supposedly pleased her little, her appearances in such early terror gems as Thirteen Women and The Mask of Fu Manchu, both from 1932, have thrilled sophisticated terror connoisseurs for decades. While her seductive and deadly Fah Lo See in Manchu is obviously influenced by her evil father, played by a severely made up Boris Karloff, her Ursula Georgi in Thirteen Women is definitely a woman of her own mind.

A surprisingly potent statement against bullying as well as being an early, female empowered variation on the slasher film, Thirteen Women finds Georgi, a mistress of hypnotism and revenge fueled mayhem, making her way, murderously, through the college classmates who taunted her and ruined her life. Loy, radiating cool menace, eventually finds herself face-to-face with the creamy voiced Irene Dunne, who plays Laura Stanhope, the most successful and most sympathetic of her rivals. As is expected, good soon wins out over evil, but not before Ursula has facilitated the deaths (and/or downfalls) of three women, as well as manipulating her primary cohort, a slick astrologist, into throwing himself off of a subway platform, one of this 60 minute film’s most chilling and effective scenes. 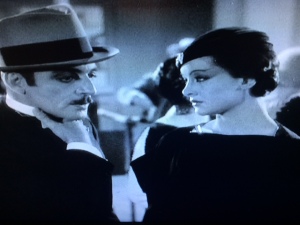 Unfortunately, due to poor test audiences, fourteen minutes of the film were cut out before its initial release, leaving two characters in absentia and a decided lack of fatalities in the film’s second half. The film’s ending also seems abrupt with Georgi’s penultimate death leap seeming too arbitrary, but throughout Loy is as chilling as a January morning frost in the Arctic. She makes Ursula into one of the most compelling horror film villainesses of all time.

Creating a perfect, blood red circle, Loy also eked out an appearance in a terror film during the twilight of her career. In the 1977 television movie Ants (AKA It Happened at Lakewood Manor), Loy brought charm and magnitude to the role of Ethel, the proud proprietress of a boutique hotel. Even with her character confined to a wheelchair, Loy compels with independence and determination here. 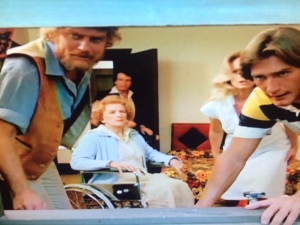 Most importantly, Loy seems to attack the circumstances of the role with good humor and grit. As her property is overwhelmed by deadly ants, Loy’s Ethel is carried up stairs, into rooms and even onto a wobbling gurney. Ever the pro, Loy displays no remorse but seems to be having a ball being gracefully manhandled by such handsome TV stalwarts as Robert Foxworth and Barry Van Dyke.

Even without the longstanding power of Thirteen Women, Loy’s good natured participation in Ants, which features some of the most squirm worthy moments of any of the small screen terrors, would be reason enough to declare that she should be as popular with lovers as fright as she is with admirers of classic screwball comedy and sophisticated women’s pictures. So, get appreciating!! 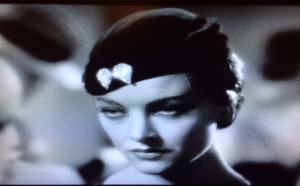