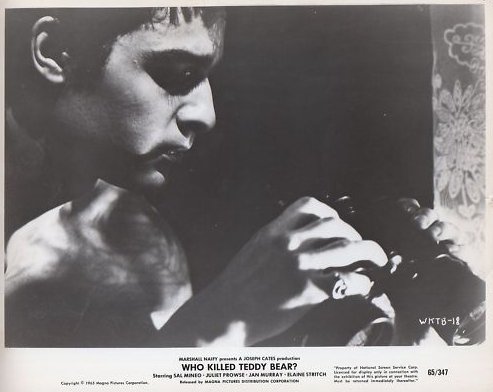 Its 2016 and there are still inherent risks to being a member of the LGBT community. Thus, it is even more admirable to look back at the openness of Sal Mineo, an Academy nominated performer and former teen heartthrob, who brought a sense of sensitivity and despair to the psycho killer genre in 1965’s gritty, underappreciated thriller Who Killed Teddy Bear?

According to many reports, Mineo, who was murdered in 1976 during a robbery attempt, never hid his attraction for men and this may have hurt his latter day career choices. Of course, director Nicholas Ray famously capitalized on Mineo’s budding sexuality in Rebel Without A Cause. As Plato, his most famous role, Mineo’s attraction for James Dean’s Jim Stark was touchingly apparent. Proof of this is definitely contained in this loving video homage which highlights Mineo, who scored several hit singles as a teen, and his take on the song Young As We Are.

Of course, others may appreciate Mineo’s more garage-y sound on Little Pigeon, a number that is sure to put certain readers in mind of his theater career, which included a couple of takes on the prison drama Fortune and Men’s Eyes.

Meanwhile, Mineo’s most ardent fans keep the love flowing for him at www.salmineo.com, a beautiful website dedicated to this renaissance man and his career. 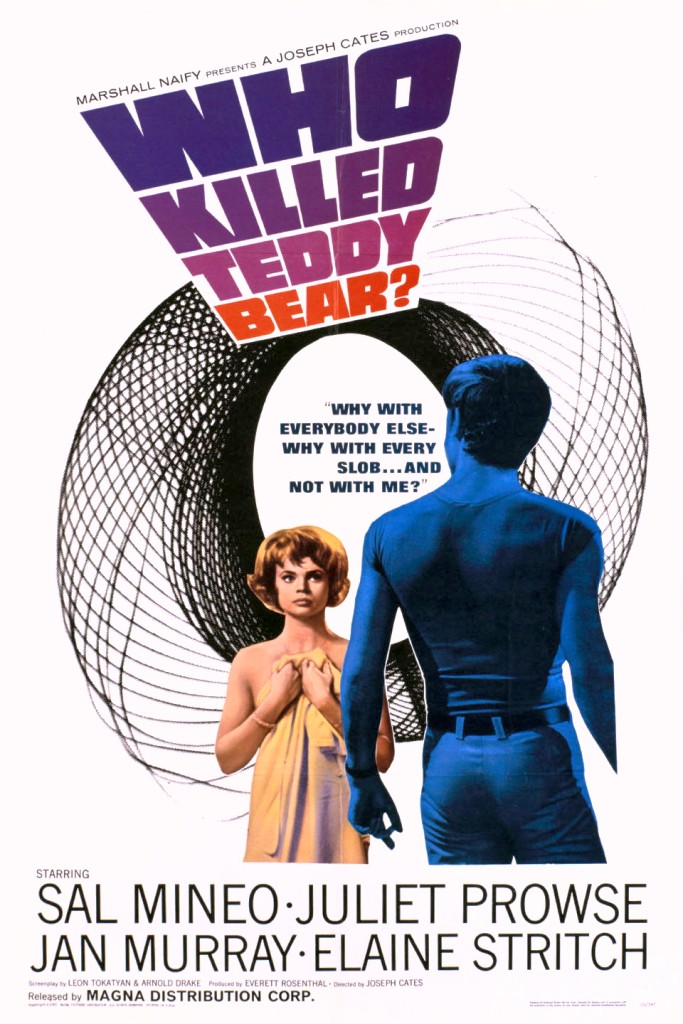