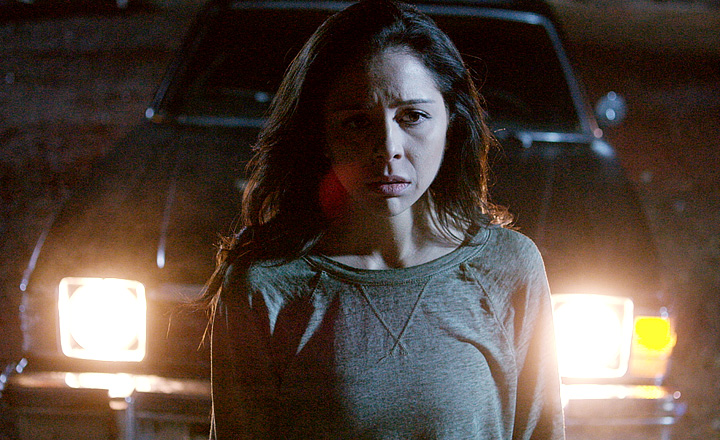 As usual, this year, I missed stuff. …and I don’t mean my mother or that look that guy might have given me in the vegan department of my grocery store. No. I’m talking about films. So, admittedly, I haven’t seen Ouija: Origin of Evil or Blair Witch or even, damn it, Boo! A Madea Halloween!  But I feel I have witnessed enough terror strewn celluloid excellence to do a (mini) year end best of list – my first ever! Nicely, what I was taken with, when I was re-examining these artistic statements, was how I truly connect to works of horror on an emotional level. They inform my feelings on the world and reflect what is going on with me, on a day-to-day basis. It’s a beautiful thing and revealing of the importance of a genre that is so often maligned by people who are disturbed by its images and neglect its underlying values. So, here, from bottom to top – and I won’t make a joke about that, but you can – are my most loved works of scare and intrigue from 2016.

Hush. It’s a concept that has enlivened many horror flicks – the handicapped woman fighting against the odds. In Mike Flanigan’s well crafted piece about a deaf writer outwitting an aggressive and cunning killer, the heroine is such a nicely defined, strategic defense player that viewers were treated to one of the strongest femmes in horror of this year – and possibly the decades to come. As Maddie, the lead, co-writer Kate Siegel strikes notes of anguished terror and flinty determination – emotions that many of us have felt in overwhelming waves as the terrors imagined by this year’s presidential election have become a nightmarish reality.

Fender Bender. Writer-director Mark Pavia gives us Hilary, a strong Latina heroine, here whose fateful stop sign encounter with a serial killer changes her world forever. A primer on what the slasher genre should become, the downbeat ending, influenced by the lead character’s heritage, is filled with a haunting poeticism. Props are also due to the inclusion of a strong gay supporting character in the form of one of Hilary’s best friends, Erik, played with assurance by Kelsey Leos Montoya. Overall, Pavia’s project is imbued with the knowledge that, unlike reel life, in real life things don’t always work out in a should-be victor’s favor, especially among minorities and women.

I Am the Pretty Thing That Lives in the House. A mood piece about a young caretaker who finds much more than she bargained for when moving in with a dying writer, this feature by Oz Perkins, is long on quiet emotions and the terrors of the mind. With strong ties to the work of Shirley Jackson, which is reason enough to recommend this, this peon to loneliness and mysterious connections is highlighted by a quick appearance of Perkin’s father, Anthony, and the return to the screen of Paula Prentiss (The Stepford Wives, Saturday, the 14th). Even though the notion of the neurotic female is an old (and, perhaps, outdated) one in the world of scare cinema, Perkins’ concentration on friendship among women, even of the ghostly variety, and the curiosities and strange strengths of the feminine nature make this a subtle and beautiful mediation on life and death, overall.

The Neon Demon. Nicholas Winding Refn’s gorgeous look at how the entertainment industry can swallow souls and how badly women treat each other could have been as exploitative as the subject it addresses. With a bevy of beautiful models in undress and a predatory lesbian on the prowl, it is almost understandable how many could doubt the intent of this film. Yet, it’s full sense of weirdness, witchery and almost giallo style artistry eventually override these concerns. Refn and his excellent cast, including Elle Fanning, Jena Malone, Bella Heathcote and Abbey Lee, even make you feel sympathy at times for their self-possessed, desperate characters, a haunting note in a truly unusual, modern fairy tale.

The Handmaiden. With the twists and turns of prime Hitchcock, Chan-wook Park’s latest is a gorgeous exercise in female strength and independence. Featuring elements of Saw-like horror, this tale of a young thief sent to free a housebound heiress from her perverted uncle while simultaneously setting her up as prey for a con man is an unusual yet deep and loving look at the ingenuity of women in times of trial. Granted, the explicit lesbian sex scenes seem to be more for the benefit of the male gaze than any story necessity, but Park ties even these disadvantages together with a visual and sonic completeness. That sense of artistry, along with moments of cruel yet stinging humor and the stunningly powerful acting of all involved, make this my favorite movie of the year.

Until the next time – SWEET love and pink GRUE…and onward to 2017, Big Gay Horror Fan!