The scintillatingly singular Robey spent three years in the late ‘80s hunting down cursed objects on Friday the 13th: The Series. Nicely, while Micki, her compassionate and adventurous character, continuously saved the world from mass destruction, Robey was also setting the music world on fire with a number of hummable dance tracks.

Her most popular song, of course, was a cover of One Night in Bangkok from the musical Chess. The astoundingly cool video also features a number of horror tinged references proving that this amber waved lass was always looking out for her favorite horror freaks, wherever they happened to roam. 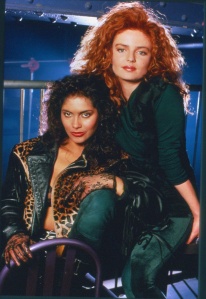