Iconic supermodel Beverly Johnson doing her best imitation of Lana Turner’s The Bad and the Beautiful breakdown in a motor vehicle… Jennifer O’Neill brandishing a knife against Lee Major’s whiskered throat…Adrian Paul exploding in a fiery crescendo… The 1993 USA Network made for television thriller The Cover Girl Murders offers up all of this and so much more.

Here a series of down on their luck models join Major’s Rex Kingman, a sleazy publishing patriarch, and O’Neill’s secretive Kate, his efficient and concerned editor, on a remote and tropical photo shoot from hell. Kingman manipulates each of the beauties into awkward scenarios, often pitting them against each other…and their own best interests. But is he the one responsible for their mysterious and violent deaths?

Functioning as a bit of Ten Little Indians mystery with a dash of April Fool’s Day, the lovelies expire via poisoned water, suspicious suicide, a gunshot wound and questionable equipment errors. Fairly bloodless in application, director James A. Conter (Buffy, the Vampire Slayer, Shark Swarm) does keep this enterprise jaunting along at a frisky pace and he is aided by the soap operatic elements that highlight the script. Nicely, the teleplay is written by none other than The Fall Guy’s Douglas Barr, known to the terror troops for his appearances in such quirky horror offerings as Deadly Blessing and The Unseen. 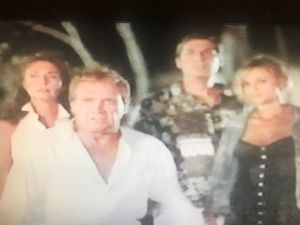 Of course, the cast has plenty of genre credits, as well, adding to the viewing fun. O’Neill graced such projects as Scanners and The Psychic while Majors, who recently added comic flair to the second season of Ash Vs. The Evil Dead, started off his career in the uncredited role of Joan Crawford’s philandering husband in William Castle’s Strait-Jacket.

Besides Johnson, the bathing beauties are represented by Showgirls’ Bobbie Phillips (Evil Breed, Carnival of Souls) and Weird Science’s Vanessa Angel (Sabretooth, Puppet Master Vs. Demonic Toys). Naturally, Angel, playing O’Neill’s jealously vengeful younger sister, gets the best lines. Even more enjoyable, perhaps, the fact that her accent is decidedly British and O’Neill’s is not is deliciously ignored here. 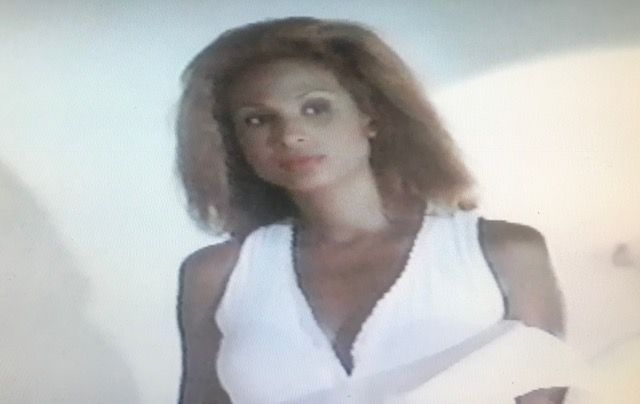