As protests against this country’s deadly racism rightfully rage on, it almost feels wrong to post about favorite instances of entertainment. But I thought that maybe in acknowledgement of these injustices, I could highlight some of the world’s amazing Black talent this week…those amazing individuals who have given us joy throughout the good and the bad, the fair and the (all too frequently) unfair.

In the summer of 1984, I won a scholarship to study acting for the summer at Chautauqua Institution in Western New York. The students were given free passes to all of the theater and concert events that occurred throughout those two months on campus and, when I wasn’t in classes or rehearsal, I was often at the outdoor amphitheater. One night, Lou Rawls was performing his show. It was a number of years after his songs like Lady Love and You’ll Never Find had ruled the AM airways, but he was still a major star. After the show, my buddy Steve and I went to the stage door and he kindly chatted with us for a moment and signed our copies of the institute’s paper that had announced his presence for the evening. For a kid from a small farm town of 600, it was an exciting night, and Rawls has always had a special place in my memories in the many years since.

Of course, the fact that Rawls made appearances in such ‘90s genre films as Watchers Reborn, Morella and The Code Conspiracy, throws him into a special category, as well. Significantly, he also sang the theme song for Laurence Harvey’s odd 1974 cannibalism shocker Welcome to Arrow Beach. His songs have been featured in Disturbia and an episode of Ash Vs. The Evil Dead as well.

Rawls (1933-2006), an activist with a special interest in the education of minorities and the disadvantaged, performed with dignity and style for over 50 of his 72 years. I hope the songs that I have selected here not only highlight the uncertain hope of these times, but the breadth of his talent, as well. 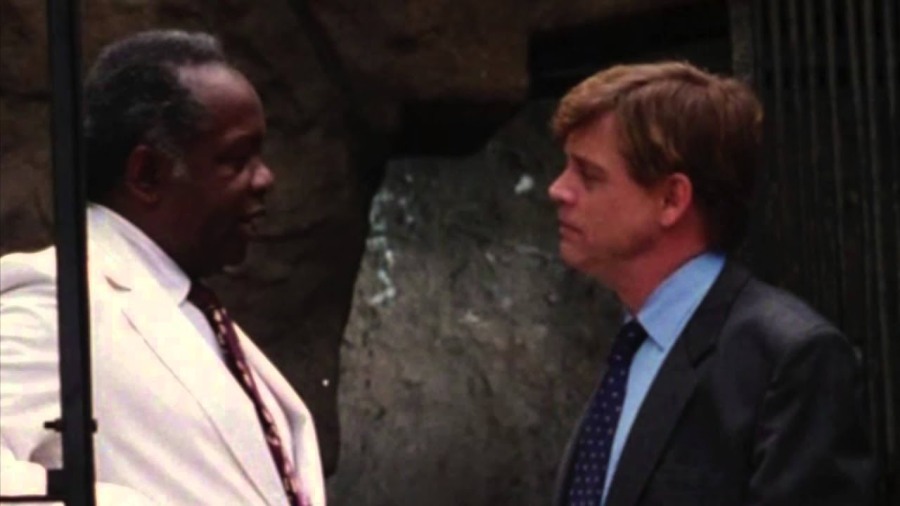 One comment on “Music to Make Horror Movies By: Lou Rawls”