Noted for her acerbic antagonism as Endora on Bewitched, arguably her most famous role, the significant, always striking Agnes Moorehead resonated with a much more slithery, maliciously evil context in the noted 1947 film noir Dark Passage. Indeed, Madge Rapf, the character portrayed by Moorehead, undermines and manipulates the lives of Humphrey Bogart’s maligned Vincent and Lauren Bacall’s overly supportive Irene with such devious finesse that, even at the film’s semi-happy fade-out, their lives have been irreparably altered by her sadistic manipulations. 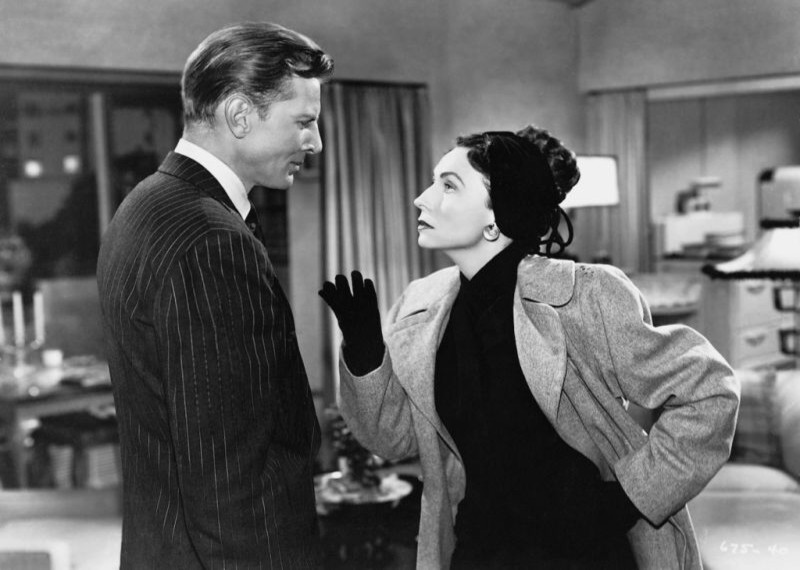 In fact, with the strategic aid of Bernard Newman’s glorious costumes, Moorehead’s Rapf may be one of celluloid’s most notoriously nasty characters. And while some casual fans may be surprised at the ferocious energy that she ultimately exhibits here, she is definitely this film’s most uninhibited pleasure.

With credits like The Bat, Hush, Hush, Sweet Charlotte, Night Gallery and Dear Dead Delilah, this one of a kind performer has irrevocably earned her stripes as a dignified goddess of terror, as well.