A ‘30s movie cutie, Linda Watkins may be best known to ‘70s television fans for playing Susan Saint James’ sweetly inscrutable mother on the first season of McMillan and Wife. Whether offering up a badly cooked brunch or joining James’ Sally McMillan in an undercover adventure or two, her presence was always enjoyably light.

A series of appearances on the cult ‘60s anthology Thriller, described by Stephen King as the best horror series ever put on TV, found her exploring saltier territory, though. There, with throaty persistence, she played cheating wives and aggressive tabloid reporters, career women and opportunists who left no stone unturned on the paths to getting what they wanted.

Her episodes proved to be some of the most interesting of the series, as well. Eyeglasses that caused the wearer to murder (The Cheaters), a pair of disembodied hands that terrorized and created beauty often in the same scene (The Terror in Teakwood) and a hairpiece that imbued its owner with a ravenously destructive beauty (A Wig for Miss Devore) all figured into the shows that she appeared on. 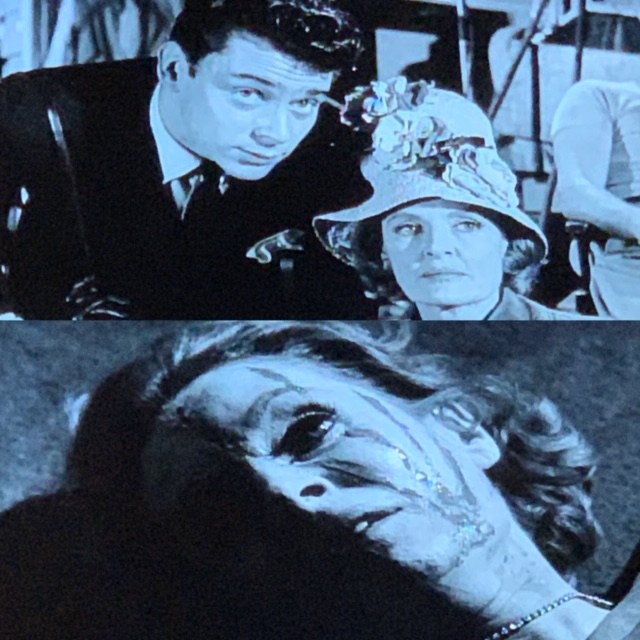 Nicely working a similar theme, she played strong willed, defiant journalists in the latter shows, giving off a hard boiled feministic edge. The hats she wears as the brilliantly named Arabella Foote in Wig also provide her with some scene stealing capabilities, as well.

Watkins who went on to appear on episodes of such cult shows as The Munsters and The Girl from U.N.C.L.E. also provided support as part of the cast of Bad Ronald, a psycho in the wall thriller that has gained a healthy following since its first airing in 1974, as well.

Interestingly, while she cataloged over 70 celluloid credits by the time of her death at the age of 68 in 1976, Watkins actually spent the majority of her career on the stage after being disappointed by the quality of her earliest roles in film. Thus, this makes her a maverick ripe for rediscovery. A nice portion of her work available online and on physical media.

A beauty queen, most notable for her placement as the third runner up in the 1959 Miss Universe contest, the beguiling Pamela Searle made a dozen film and television appearances throughout her short lived career.

Her movie credits, which included Bells Are Ringing (with Judy Holiday and Dean Martin) and If A Man Answers (with Sandra Dee and Bobby Darin), often capitalized on her looks and gave her little to do besides provide an attractive background ascetic.

TV was a bit kinder, giving her characters with names like Roxy Dozy to play on shows like Route 66 and Bachelor Father. Her most significant part for lovers of spook, though, is definitely that of Meg Payton on the A Wig for Miss Devore episode of Thriller. As an enchantress being hung for her crimes against humanity in the story’s enjoyable opening sequence, Searle beguiles with both touching modesty and a wickedly sharp edge. As Meg flatters her executioners with precision, Searle brings out of all the nuances of the role, proving that as a performer she is truly an unsung (anti) heroine of horror.

In fact, one definitely feels shades of Barbara Steele’s Princess Asa Vadja from Black Sunday and Sarah Jessica Parker’s Sarah Sanderson from Hocus Pocus in Searle’s inflections, two very distinctive personalities that give credence to the excellence of this underappreciated actress’s work. 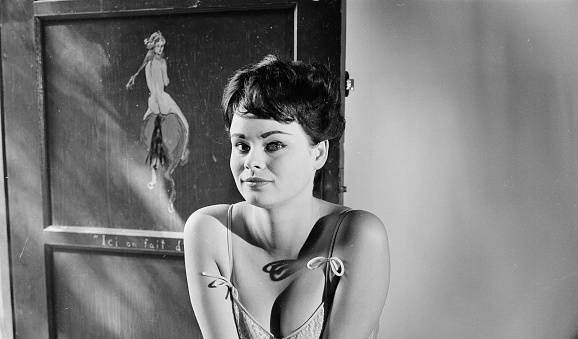 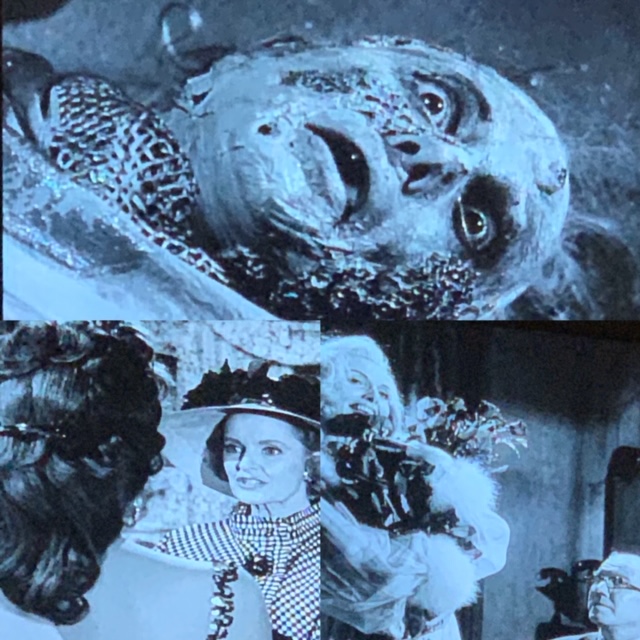 Coming off like Sunset Boulevard sewn into a glittering blonde tapestry with Mario Bava’s Black Sunday, A Wig for Miss Devore is definitely one of the gayest hours of horror ever.

The queer fan’s gateway into this second season episode of the classic Boris Karloff hosted Thriller is most definitely John Fiedler’s meek yet fervently devoted Herbert Bleake. Passionately protective of the faded diva that is Miss Devore, he is very similar to those of us who defend our own muted celebrity icons to the death. Of course, to the relief of terror lovers everywhere, death does rear its head here. 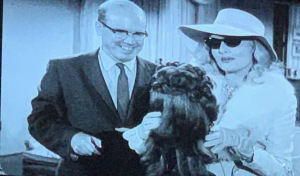 Long forgotten by the studio that she helped put on the map, Patricia Barry’s saccharine voiced Sheila Devore sweetly believes that she will be welcomed back by them with open arms. After spending years away while recuperating from a nervous breakdown, her pet project is a script based on the execution of a centuries old witch. Interestingly, one of her primary requests is to use the wig that this true life enchantress wore as an accessory in the film. After Bleake blackmails the studio head, the faded Devore gets all her wishes. Unsurprisingly, once she puts the wig on her head, she becomes the picture of seductive youth and all her former naysayers fall at her feet, proposing marriage and setting her up as the studio’s queen. This fountain of fantasy has a price, though, and soon the innocent starlet is swept into vindictive rages that culminate in a series of murders to retain her vitality and ever ascending position in this imaginary filmdom’s ranks.

Much like Boulevard, this story details the price that women pay for growing older in Hollywood. Separating itself a bit from that project, as opposed to a mysteriously regal beauty like Gloria Swanson’s Norma Desmond, Devore is illustrated as the ‘40s version of a Jayne Mansfield type, a silly blonde who did inconsequential yet truly successful projects. Nicely, Barry skillfully takes this central temptress from innocent denial to furious retribution. She perfectly echoes the ache of despair that often characterizes the accesses of show business and its even more rampant denials, giving this project its special heart and a place of importance in the history of anthology horror…and an even more significant place in the memories of all the wounded outsiders who instinctively see themselves in her plight.