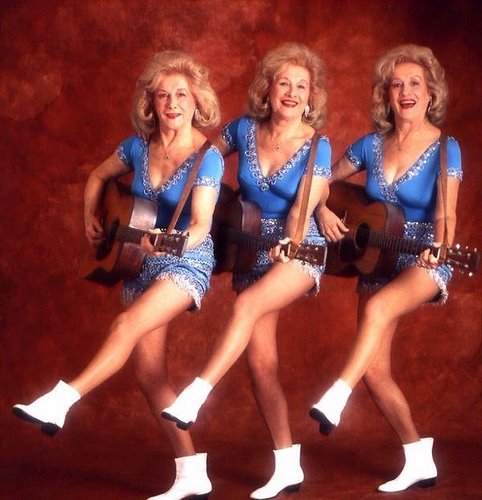 Of all the female powered groups that ruled the ‘80s, The Del Rubio Triplets had to be the most unique. Originally performing with bandleader Xavier Cugat in the ‘40s, they achieved cult status in the neon decade via their appearances on Pee Wee’s Playhouse and other television shows like Night Court, Married with Children and Sliders.

While best known for their enthusiastic covers of songs by Devo, Pointer Sisters and The Bangles, they also brought out all the best Halloween razzmatazz for their version of The Wizard of Oz’s Ding Dong, the Witch is Dead.