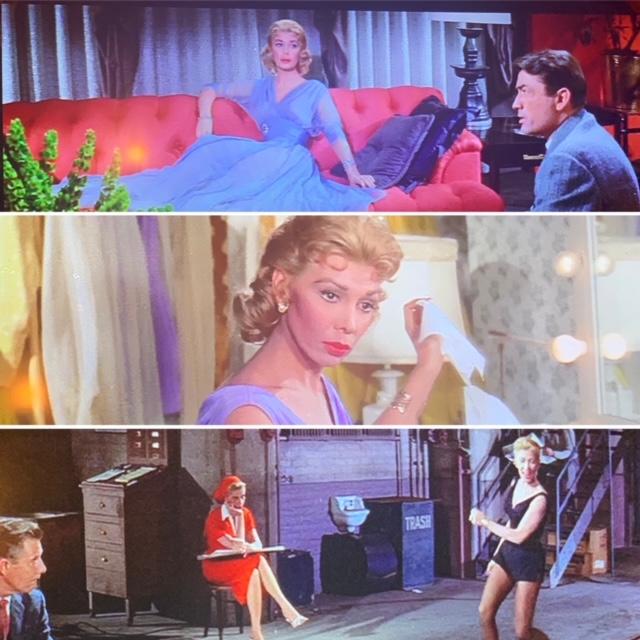 The sultry Dolores Gray (1922-2002) had a unique career. She will probably go down in history as the only actress to win a Tony Award for a show that lasted only 6 performances (1954’s Carnival in Flanders). She also lit up the MGM Studios in the mid-fifties with her personal brand of glossy sophistication, but, ultimately, only had major roles in four films.

She, perhaps, made her most significant performing mark as the vindictive, backstabbing Sylvia Fowler in 1956’S The Opposite Sex, a remake of Clare Booth Luce’s zing worthy The Women. This project found her going arched eyebrow to arched eyebrow (with some exuberant fisticuffs thrown in for good measure) with such cinematic notables as June Allyson, Ann Sheridan and Ann Miller.

Her most popular public offering, though, was perhaps 1957’s Designing Woman, directed by the diva loving Vincente Minnelli. Here, as theater starlet Lori Shannon, Gray provided competition for Lauren Bacall’s sensitive fashionista Marilla. While her character is more of a victim of circumstance here than in the previous effort, Gray still puts in a good show as a majorly distracting influence upon the whirlwind romance and marriage of Bacall’s fashion queen and Gregory Peck’s beleaguered sports writer, Mike Hagen.

While Gray was quoted, by certain sources, as wishing that she had a more extensive filmography, one cannot deny the quality of the cool charm that she provided in the credits that she did have.