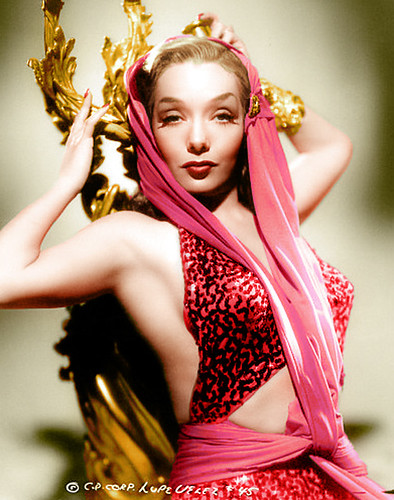 Full of flirty tartness, the dazzling Lupe Velez often played stereotypically fiery women who, either by plotted extravagance or accidental circumstance, were often up to no good.

Best known for the Mexican Spitfire series, a comedic celluloid odyssey that ran for seven films, Velez often outshone her seasoned co-stars, the likes of which included The Wizard of Oz’s Frank Morgan and legendary jokesters Laurel & Hardy. She gave comic maestro Jimmy Durante a run for his money in three films, as well. In particular, 1934’s Strictly Dynamite found her in fine form. 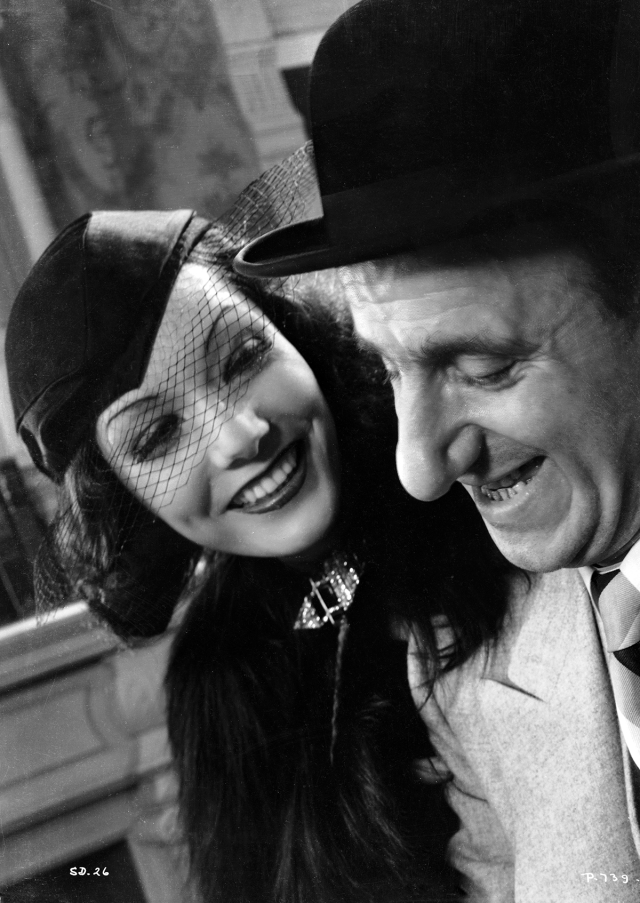 Here, as the beautiful yet talent challenged Vera Mendez, she spins the world of Durante’s rascally Moxie around and around with her shrewd machinations. Determined to dim his star wattage and claim it for herself, Mendez seduces Moxie’s innocent joke writer Nick (Norman Montgomery), monopolizing him at all night parties and whisking him off to Vegas for glitter strewn dinners. Gamely portraying her character’s malicious acts with a brightly humorous edge, Velez seems to especially enjoy enacting Velez’s catty interactions with co-star Marian Nixon. Nixon, as Nick’s adoring wife Sylvia, is the prime victim of Mendez’s machinations and, although all is played in a broad shouldered, farce like fashion, Nixon’s hurt strung gestures sell her rival’s cruelty with an emotional punch.

Velez, whose tempestuous real life romances spelled her doom (via her suicide in 1944 at the age of 35), supplied the stereotypical native girl impersonation in 1932’s Kongo, a grisly Island of Dr. Moreau take-off. Though Lupe is given top billing, the film really focuses on the morbid trials and tribulations placed upon her very blonde co-star Virginia Bruce (The Invisible Woman). 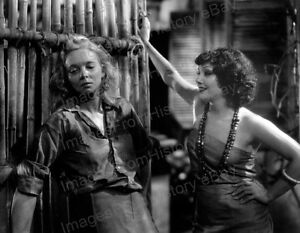