I suppose it doesn’t really matter whether Victoria Legrand and Alex Scally of Beach House were streaming low budget science fiction and horror films when composing their dreamy 2008 opus Devotion. Songs like the hypnotic Gila definitely make genre fans imagine that they were.

But whether they are releasing two magnificent albums in one year or expanding their musical horizons (as they did with 7, their latest release), this duo is always proving that they exist in the realm of the fantastic and otherworldly. 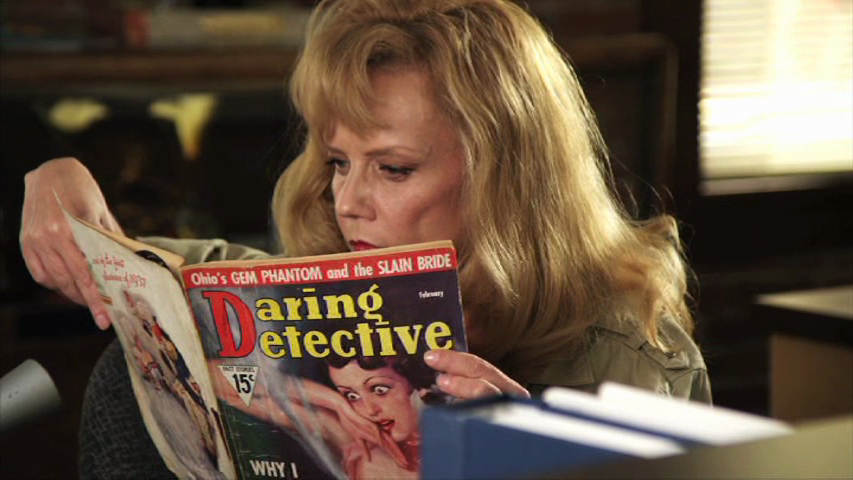 Leaping lizards! Known for her sassy portrayals in such cult classics as Night of the Comet, Chopping Mall and Zero Boys, genre goddess Kelli Maroney was, smartly, hired by director (and frequent collaborator) Jim Wynorski to appear in 2012’s low budget, truly fun Gila!, a film that chronicles the mass destruction that occurs when a green scaled monster goes on a rampage, during the holiday season, in a small town.

A revamp of the 1959 drive-in staple The Giant Gila Monster, Gila!, which recently screened at G-FEST 2015 in Chicago, is filmed with boundless enthusiasm by Wynorski, who, seemingly, adores the source material.

Thankfully, on what was surely a quick shoot, Wynorski is aided here by such performing veterans as Maroney, Don Sullivan (the original film’s lead), Julie McCullough and Terence Knox.

Maroney, naturally, shines the brightest, giving her Officer Wilma a charm and saucy outlook that radiates on-screen. Whether sweetly defying Knox’s Sherriff, flirting with the handsome male lead or (spoiler alert) meeting her demise in a very tongue and cheek way, Maroney is a scene stealer.

But, no surprise there, right?

Be sure to keep up with everything Kelli at https://www.facebook.com/ActressKelliMaroney and http://www.kellimaroney.com.