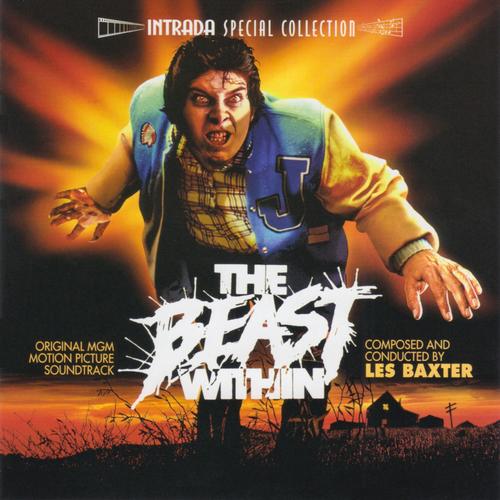 Known for such florid Capitol Records titles as Ritual of the Savage, Tamboo! and Jewels of the Sea, brilliantly eclectic composter Les Baxter truly got a case of green exotica with his final film score for 1982’s quirkily violent exploration of growing pains, The Beast Within.

Baxter, who helped create strange moods for such genre flicks as Frogs, Black Sunday, Hell’s Belles and 1970’s The Dunwich Horror (with Sandra Dee), here used (anticipated) moments of orchestral majesty along with modern electronic flourishes to create a sharp and dissonant audio landscape. These textured sonic shifts perfectly matched the onscreen horror as a sensitive teen discovers the deadly reality of the monster that truly lives inside him.

The brilliance of Baxter’s evocative score was given a much deserved tribute in 2010 by the (beyond smart) INTRADA Records (www.intrada.com) who released the score in a special limited edition. 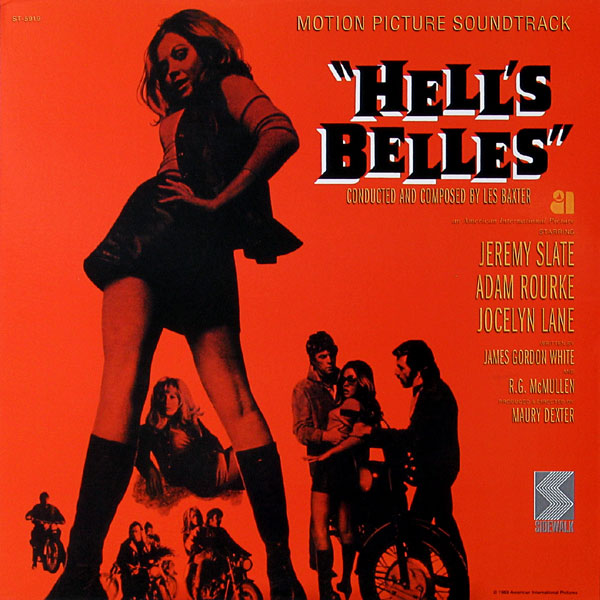 If there were any justice in the world, I would have my own multi-level drive-in theater (playing banging Euro-trash, 24/7) in the middle of my studio apartment, that muscular Idris (IE: Hot guy!! Thanks to Christine and Valerie for the slang), sitting across from my writing group at Dollop Coffee Shop, would be moon-glowing over my every word — and awesome, eclectic musician Les Baxter would be every punk rock prom king’s totally slammin’ mentor!!!

Known to record collectors for his exotica jazz contributions, Baxter also conjured up amazing, swinging soundtracks to genre epics like Roger Corman’s House of Usher (1960), the US version of Black Sabbath (1963), Frogs (1972) and even 1982’s boy-is-cicada monster classic, The Beast Within.

Thankfully, the ever cool Sidewalk Records are trying to give Baxter his hipster due by reissuing his naughty soundtrack to 1969’s Hell’s Belles on a thick slab of (nearly eatable) vinyl!

Be sure to check out the title track, here:

Until the next time, keep your dreams of Les growing ever-leather and… 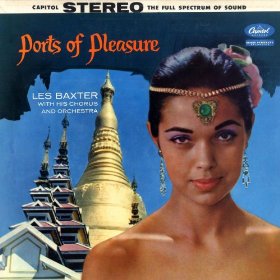 Well known to the swinging bachelor pad compilation listener, Baxter actually scored tons of amazing genre flicks throughout the 50’s, 60’s and 70’s. Titles such as Pharaoh’s Curse, Voodoo Island, Black Sunday (US Version), Corman’s The Pit and the Pendulum and Cry of the Banshee grace his vastly appreciated repertoire.

Then, with seemingly ease, he produces an atmosphere of mystic foreboding with “The Gates of Annam” from his superior work Ports of Pleasure. Ports features many compositions that entice and terrify, alternatively, making it the perfect background muse for your homegrown horror efforts. 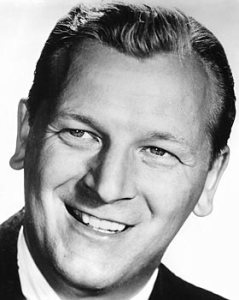