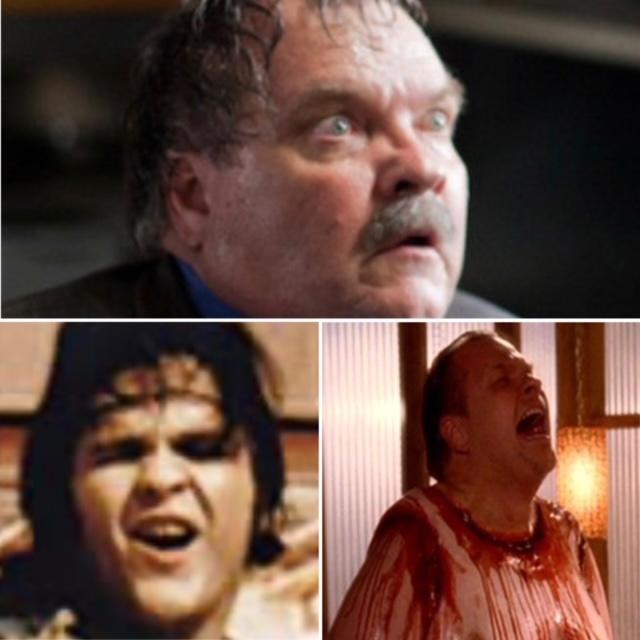 How I have never written about Meat Loaf in the years that I have been doing this column is a mystery to me. Always theatrical, Mr. Aday won the hearts of horror maniacs decades ago with his dementedly magnetic take on The Rocky Horror Picture Show’s motorcycle riding, saxophone stroking Eddie. His subsequent genre offerings also include such popular projects as Masters of Horror and the musical-slasher hybrid Stage Fright.

More than anything, though, this pure example of board striding bravado has taken the hearts of outsiders everywhere by storm simply by the mere fact of his stratospheric existence. The beautifully physical opposite of most centerfold worthy rock gods, his meteoric rise in the late ‘70s and early ‘80s proved that talent and enthusiasm could win out in the often perilous, completely unfair world of main stream (unforward thinking) show business.