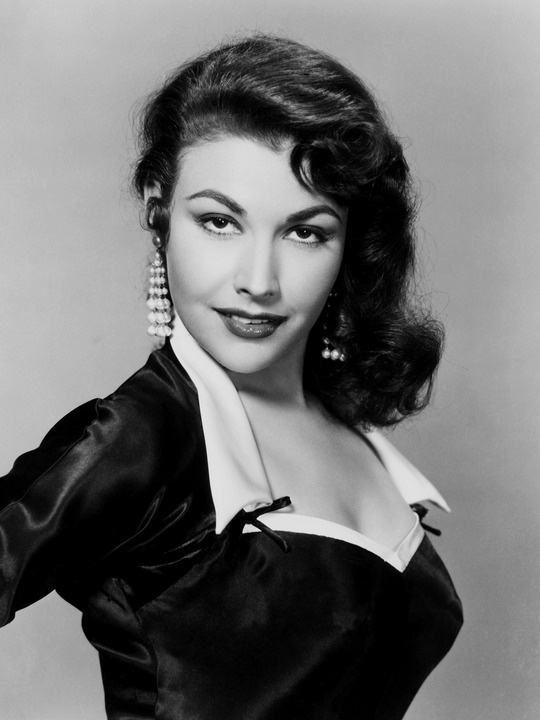 Keep Smiling, the 26th episode of Peter Gunn, the suave jazz flecked detective series created by Blake Edwards, has to be one of the hippest half hours of television ever produced. Directed by the legendary Jack Arnold (Creature from the Black Lagoon, The Incredible Shrinking Man), this episode accentuates its coolness most fully at the story’s midpoint. As acclaimed drummer Shelly Manne manipulates the skins on stage, Gunn (Craig Stevens) puts the hooks into Mara Corday’s sexy serial blackmailer while an eager whistleblower (played by The Addams Family’s Jackie Coogan) looks on.

Corday, of course, efficiently and naturally played a series of valiant heroines in such science fiction-horror pictures as The Giant Claw, The Black Scorpion and (the Arnold directed) Tarantula. Here, she obviously relishes being the bad girl, biting into her lines with acidic menace. It’s a tart performance that radiates with a calm evil, proving that Corday was a step above many of the other model-actresses who played similar roles in that same period of time.

The 90-year-old Corday, who parlayed her longtime friendship with Clint Eastwood into roles in several of his films, is still active at http://maracorday.com/. Those wishing to indulge in the full ecstasies of her presence can find Keep Smiling on Amazon Prime, as well. 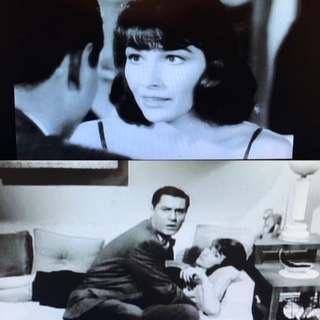 Once upon a time, a former goddess of scream met two future contenders to her throne and they all played, very bitchily, together!

Years after facing down the likes of Leslie Banks in The Most Dangerous Game (1932), Lionel Atwill in Doctor X (1932) and Kong in King Kong (1933), the versatile Fay Wray dealt with her most monstrous adversary of all – Joan Crawford’s malevolent Eva Phillips in 1955’s woman-centric noir Queen Bee.

As the addled, childish Sue McKinnon, Wray strikes an incredibly sympathetic pose here. Years earlier, Crawford’s Phillips stole McKinnon’s beau out from underneath her wedding slippered feet and McKinnon has never been the same. On a visit to the Phillips’ Southern mansion, McKinnon is tenderly awash in false memories, lovingly tended to by Eva’s sister-in-law, Carol Lee, warmly played by Betsy Palmer. But when Eva enters the picture, Wray, expertly, falters as McKinnon, hurriedly, rushes away. It is a powerful sequence and one that sets up the twisted, future paths that Eva will wander down – including driving the increasingly fragile Carol Lee to suicide.

Naturally, for horror fans this scene is an exquisite treat. Obviously, Wray, lovingly referred to as the original Scream Queen, and her co-stars had no idea what gothic paths their careers would go down. By the early 60s, Crawford would find her steadiest employment in such thrillers as What Ever Happened to Baby Jane?, Berserk and Strait-Jacket. Palmer, of course, would find joyous infamy as one of the slasher era’s most endearing serial killers, Mrs. Voorhees, in 1980’s seminal Friday the 13th.

Here, though, they are three pros, lovingly, excising all the heightened drama out of the lurid circumstances at hand – terror projects, past and future, be damned.