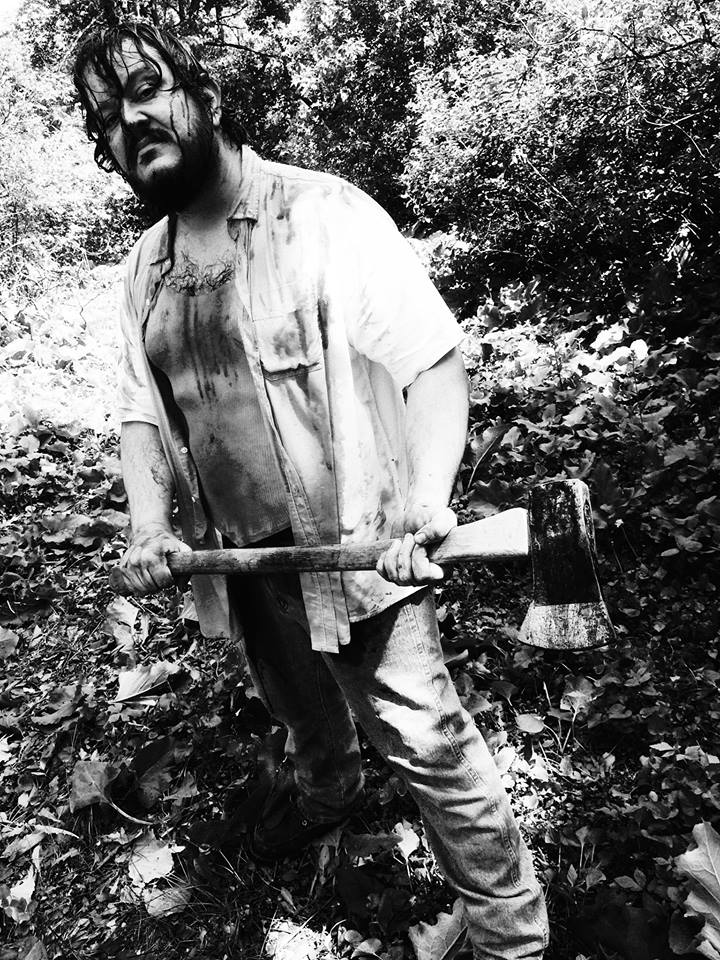 During a panel at 2015’s C2E2 this past April, comic creators Tim Seeley, Mike Norton and Joshua Williamson, the forces behind such books as Revival and Nailbiter, asserted that horror stories that take place in the wide open spaces of rural communities are twice as scary as those that take place in urban settings.

Bearing this out, Rabid Child Films’ indie horror anthology Hole in the Wall perfectly captures the tree whistling creepiness of small town madness and mayhem over 7 different pieces, skillfully edited by producer Derrick Carey and all directed by Wisconsin based writers and directors.

While the focus here is on graphic horror, often revolving around serial killers types, such pieces as Carolyn Baker’s Siren and Greg Johnson’s Last Dance, also, add a little arty flair and John Waters’ style perversity to the mix.

Johnson, known for his passionate contributions to Cory Udler’s Incest Death Squad series, also, appears across multiple segments here, handling his many acting duties with humor and wild eyed finesse. He is, ably, supported by the enthusiastic Draven Wagner whose curious Eli provides the linchpin to the telling of many of the tales. Of course, terror purists will thrill to the inclusion of Night of the Living Dead’s Judith O’Dea in Udler’s Ed Gein D.D.S. O’Dea is riveting in her brief bit as Gein’s mother, applying all her velvety theatrical power to her short spot, here. Indie horror queen Heather Dorff, also, offers up some flair in the same segment, bringing passionate focus to the expected girl-in-jeopardy quotient.

The entire film, which visually revels in its attempts to disgust, particularly in Rob Michels’ churning Scumbag segment, is given a huge opening boost via the presence of Georgia based filmmaker Andrew Shearer, as well. Playing a William Castle style showman, Shearer welcomes you to the gruesome festivities with an ingratiating yet slightly demented smoothness. He provides a great start to a truly twisted DIY ride.

Be sure to keep at eye level with all of Hole In The Wall’s screenings at https://www.facebook.com/GORYHOLE and/or purchase it for download at http://rabidchildfilms.storenvy.com/.

Being a Big Gay Horror Fan of long standing, I always thought I knew exactly what those holes in the walls were for.

But as all life is a bloody journey, 6 terror filled Wisconsin directors have shown me how wrong I was with the trailer for their promising, upcoming horror anthology, Hole in the Wall.

You can check it, here:

Then keep updated on the project at:
https://www.facebook.com/pages/Rabid-Child-Films

As always, Big Gay Horror Fan is begging for a poke in the eye at www.facebook.com/biggayhorrorfan, as well.