Dario Argento’s superior Italian horror Suspiria has long held a fascination for the LGBTQ community. With Luca Guadagnino’s reimagining currently hitting the theaters, I decided to ask Adam E. Hoak and Jose Nateras, two of my favorite Chicago actors (and enthusiastic horror buffs) to chat with me about their love for the film, their thoughts on why they think it resonates so deeply within our gay culture and their hopes for this new take on it. Interestingly, both of these talented performers are appearing in genre style shows (based on important works of literature) at the moment. Nateras is currently flaunting some spooky excellence in Remy Bumppo’s adaptation of Mary Shelley’s Frankenstein while Hoak is applying his beautiful voice to Saint Sebastian Players’ take on The Mystery of Edwin Drood, a musical inspired by the book written by Charles Dickens.

Adam, can you recall the first time that you saw the original Suspiria?

Adam E. Hoak: In the early 00’s I worked in media resources at my undergraduate campus library. Fortunately for me, we had a crazy good selection of VHS and a small but mighty nascent DVD collection. Both had a nice smattering of films I had only heard of but never seen, including Suspiria. I remember being immediately dazed by the colors and the score, like Argento and Goblin just threw me in the deep end. The sheer opulence of the film was (and remains) stunning to me, and I think that has a lot to do with my appreciation of it. Suspiria is horror in drag: lush and loud; gaudy and gorgeous, things my burgeoning baby-gay found intrinsic to my newfound queerness. 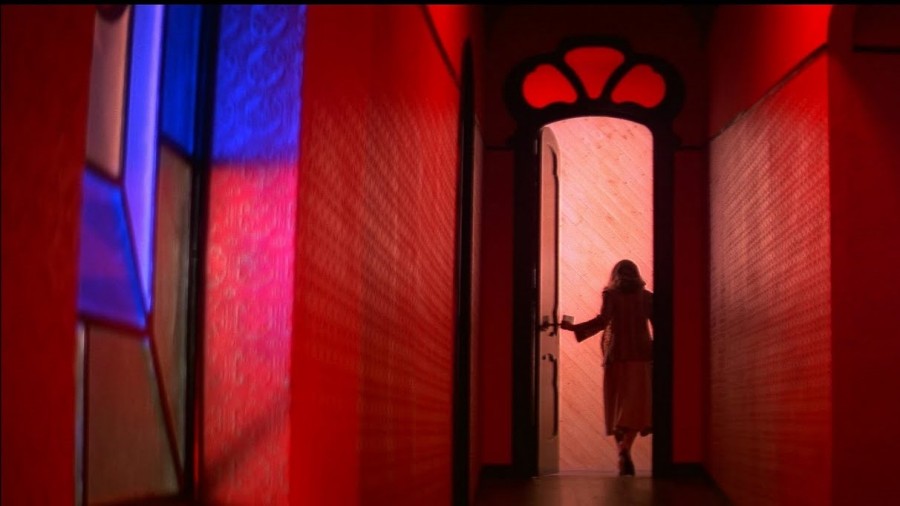 Nice. I love how these films can inform and help define us. Have you always been a horror fan, Jose?

Jose Nateras: I’ve been a horror fan for as long as I can remember. Even before I actually was old enough to watch scary things I was drawn to the genre, lingering in the horror aisle of The Blockbuster or Hollywood Video. A lot of time and thought has been spent on why the queer community is so often drawn to horror films. Maybe it’s because so much of our early, closeted lives were spent in fear: of being outed, of being rejected, of being alone, of being different, of… so many things.  But horror is so much more than that too. Not only does it take fear and make it a shareable and enjoyable experience, it takes the fearful and the grotesque and the horrifying and turns it into something beautiful and glamorous. It can be sexy, campy, gory, but as a genre that is so much more nuanced and diverse in form than it gets credit for, horror has always been about pushing boundaries and confronting (for better or worse) those things and people on the outside of the social norm– the often feared and vilified Other, the outsider — in such a way, that even if that Othered Force is the monster/villain/bad guy, horror at least confronts and directly grapples with that Force’s existence. It allows that Force, and those of us who came up feeling marginalized, to be seen as opposed to ignoring us; as in most other genres, forms of media, and arenas of society, which would usually prefer to pretend we don’t exist.

Argento seems definitely straight, but he has to have some queer sensibility – especially visually.

AH: Seriously, the wallpaper alone in this film still makes my gay little heart skip a beat! Throw in ballet, witches, Udo Kier (known to me at the time as “the guy” from Madonna’s Deeper and Deeper video), the allure of the faded Hollywood icon, Joan Bennett, and Alida Valli as the elegantly butch Miss Tanner and it’s a smorgasbord of queerness.

JN:  If you’re talking about horror film and cinema, you can’t not talk about Dario Argento! His jaw-dropping use of color and imagery, surreal, grotesque, and beautiful all at once, the inspired score by Goblin, all came together to make Suspiria a dreamily unsettling movie with enough squirm inducing deaths and vividly colored splashes of blood to earn it a place in the cannon of horror masterpieces. The deeply 70’s Euro aesthetic makes it sexily nostalgic for viewers in much the same way viewing porn of a certain era might. Like many horror movies of the time, Suspiria offers a Final Girl/Strong Female Protagonist in the form of Suzy Bannion (Jessica Harper). Yet instead of fighting for her life against a homicidal man in a mask, Suzy finds herself the center of attention of a deadly coven of witches, established within the confines of a prestigious ballet academy. Ballet, witches, strong women, all of it is perfectly suited to the taste of any queer cinemaphile, especially if they happen to be horror fans.

Agreed! What are you two hoping for with this new version?

JN: Though to some, it might seem counter intuitive to have Luca Guadagnino directing the highly anticipated remake, especially considering his previous work includes films like Call Me By Your Name and I Am Love, in reality, Guadagnino just might be the perfect fit. Call Me By Your Name had sexy-Euro-nostalgia-style in spades and his work is consistently visually striking and equally dreamy, often alluding to the surreal while tapping into richly grounded sensory imagery. Imagine what such an expert skill set might do when deployed in a horror film context as opposed to that of a sensual romance. With the iconic Tilda Swinton (a frequent Guadagnino collaborator) bringing her brand of androgynous, otherworldly, and simultaneously beautiful and intimidating talents to the film, it’s hard to think of a re-make with more potential. If the early buzz, teaser images, and trailer are any indicator; fans of the original, of the genre at large, and film buffs of all sorts are sure to find something to love or at least talk about when Suspiria comes out later this month. As ever, though, the queer community is sure to be watching with the sort of context, appreciation, and finely tuned meter for subtext to have plenty to unpack in a remake of something so dear to so many of our hearts.

AH: As for the new version, I’m certainly looking forward to Tilda and perhaps a smidge more plot. Also for a film set in a famed dance academy, the original kind of half-asses any on-screen dancing, so I’ve got high hopes for the new choreography based on the trailer.