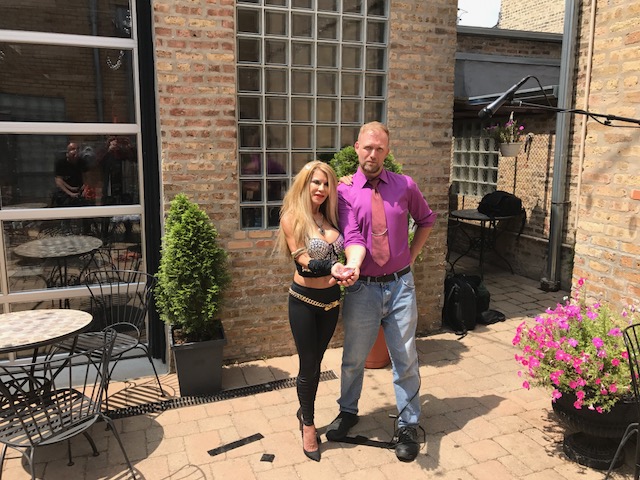 You spend your 20s doing your morning workouts while watching the exploitation films you’ve taped off of cable the night before. Time, as it does, swirls by and, one day, you find yourself acting in a movie with one of the actresses that you adored during those AM stretching sessions. It’s surreal. It’s a bit mindboggling. It’s also vital proof that life is full of surprises and asserts the fact that even when certain dreams crumble, other unexpected ones can replace them.

Indeed, during a summer when Wonder Woman and (to a lesser degree) Atomic Blonde proved that female action blockbusters were important, both socially and financially, I found myself performing in a femme based comic book film myself. Created and executive  produced by beloved scream queen Deborah Dutch (Hard to Die, Sorority Girls and the Creature from Hell), Hollywood Warrioress: War of the Gods explores the continuing adventures of a West Coast actress who has been imbued with the powers of Athena. (Note: The first Hollywood Warrioress film is available to rent on Amazon and has just received national distribution.) 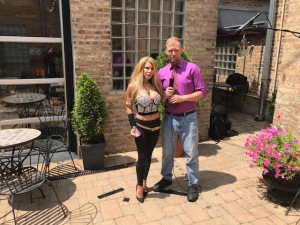 Nicely, Dutch’s goal of bringing a sense of justice and harmony to the screen was amplified on the Chicago set. Firstly, in a moment of supreme camaraderie, she flew into Chicago to make sure that we were sharing the same space as performers instead of connecting through green screen magic. Supportively, our mutual friends at the award winning AlleyCat Comics allowed us to film in their open courtyard space while director Chad Hawks returned (from the original  production) to guide us, with caring conciseness, through our paces. Granted, my role as interviewer to Dutch’s heroic interviewee felt pretty natural…but I still had to, metaphorically, pinch myself from time to time. Luckily, I was also aware enough to appreciate the significance of the afternoon. I was surrounded by loved ones and positive energy (and beautiful weather) doing something creative and incredibly fun. 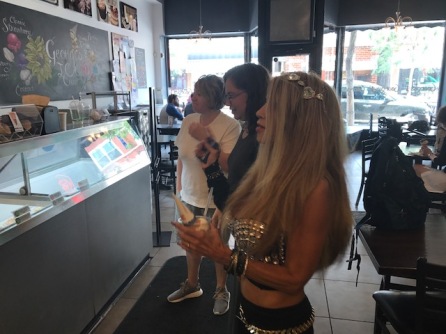 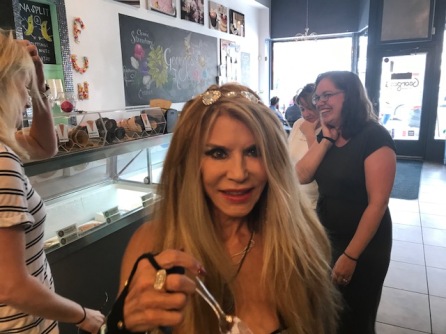 This joyous enthusiasm wasn’t contained to just the set either. A trip to a local ice cream shop, during a break, brought out a new sense of excitement as Deborah, still in costume, got quite a response…not only for her ensemble, but for the film, as well.

Of course, you, too, can keep apprised of everything that is happening, goddess-style, at https://www.facebook.com/hollywoodwarrioress/. 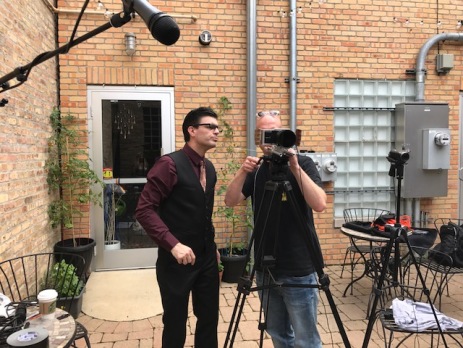 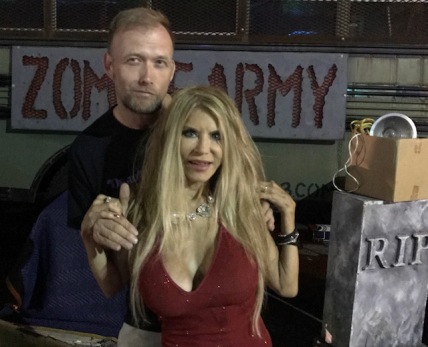 … and until the next time…appreciate all the unexpected wonders that life offers you…and SWEET love and pink GRUE, Big Gay Horror Fan 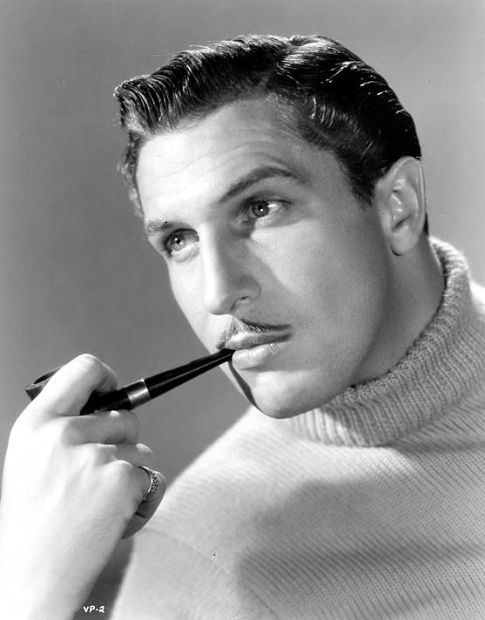 Its Pride Week here in Chicago and my mind keeps going back to Vincent Price.

On a press tour a couple of years ago, his daughter Victoria told reporters that she was certain that this macabre matinee idol had sexual relationships with both men and women. Honestly, it’s not something I really care about one way or other. But anytime an icon of horror is put in proximity with the queer community, there is reason to celebrate. The terror crowd, by and large, is still a very straight and, even more surprisingly, an often right wing one. More than anything, though, it is a silent one.

This makes me love Vincent Price even more. Not because of his bedroom proclivities, but because, even in an era when it was much more dangerous to do so, he spoke out. In that (fairly recent) round of press statements, the thing his daughter stressed more than any romantic suppositions was that Price was a true activist for the LGBTQA community. He spoke out against Anita Bryant’s anti-gay platforms in the ‘70s. He joined PFLAG as an honorary member and did an AIDS PSA in the ‘80s. 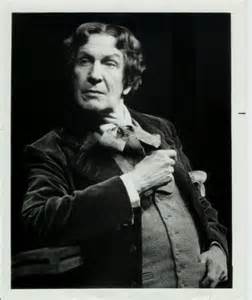 This makes me sad about some of the people I know (and don’t know), though. A few years ago, I was asked to write for a site, but was told that they didn’t do “gay” content. This, in essence, meant that I was supposed to take a straight white perspective when composing for them. What the person who contacted me didn’t realize was that, even with news items and film reviews, he was reacting to them with his own learned insights and background and interests. Of course, that was the style I was supposed to adopt. He thought it was a neutral one. It isn’t. How could it be? He will always react to things the way a straight male would. A Latinx woman will react to them another way. A transgender person, meanwhile, will focus on another aspect of the same story. As will I.

That was more about quieting my true voice, though. What concerns me here is that, as rights are threatened more and more by the current powers-that-be, I still have ‘friends’ in fright circles that look at me and tell that they are “fiscally conservative, but socially liberal”. They say they will speak out when the time comes. Instead, I see them sharing news items from Breitbart that mock celebrities for speaking out on social justice issues. Breitbart, by the way, is run by Stephen Bannon, a man who would like to obliterate me (and so many others I know) from the planet. So…thanks!

But they are giving a nod to something, at least. There are others who say nothing, at all. Perhaps, they believe human rights are politics and that where one stands on that side of the curtain is a private affair. Maybe they are afraid. Maybe they have become resigned and wearily complacent like me. I couldn’t tell you the last time that I picked up the phone to protest something to some senator or public official. But 40 years ago, Vincent Price, a hero for many of us, wasn’t scared or tentative or let his thoughts grow muted. He got down in the trenches with the underdogs and stood proud. Let’s hope that his truly distinctive voice raised, all those years ago, can bring others out into the open now. Let’s hope it can reawaken mine. We need it.