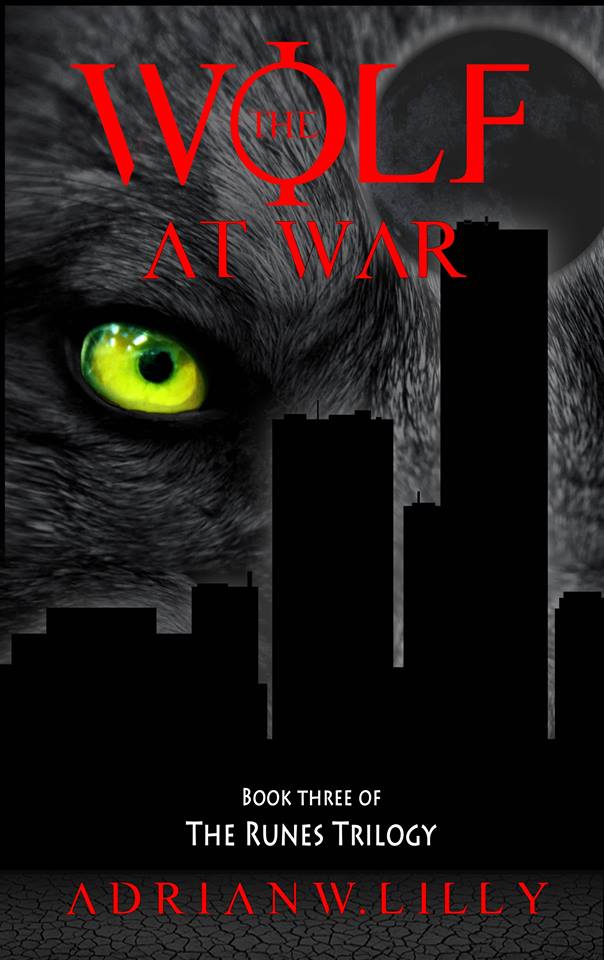 Out horror writer Adrian Lilly has been a busy little camper! He is just about to release the third book in his The Runes Trilogy, The Wolf at War.

In anticipation of this furry event, Lilly has revealed the cover art (above) for this battle-licious volume. Designed by the brilliant Andrea Davies, this nocturnal, city enhanced wonder is sure to get every late night subway rider’s pulses pounding.

Be sure to keep up with Lilly and The Wolf at War at https://www.facebook.com/adrianwlilly. 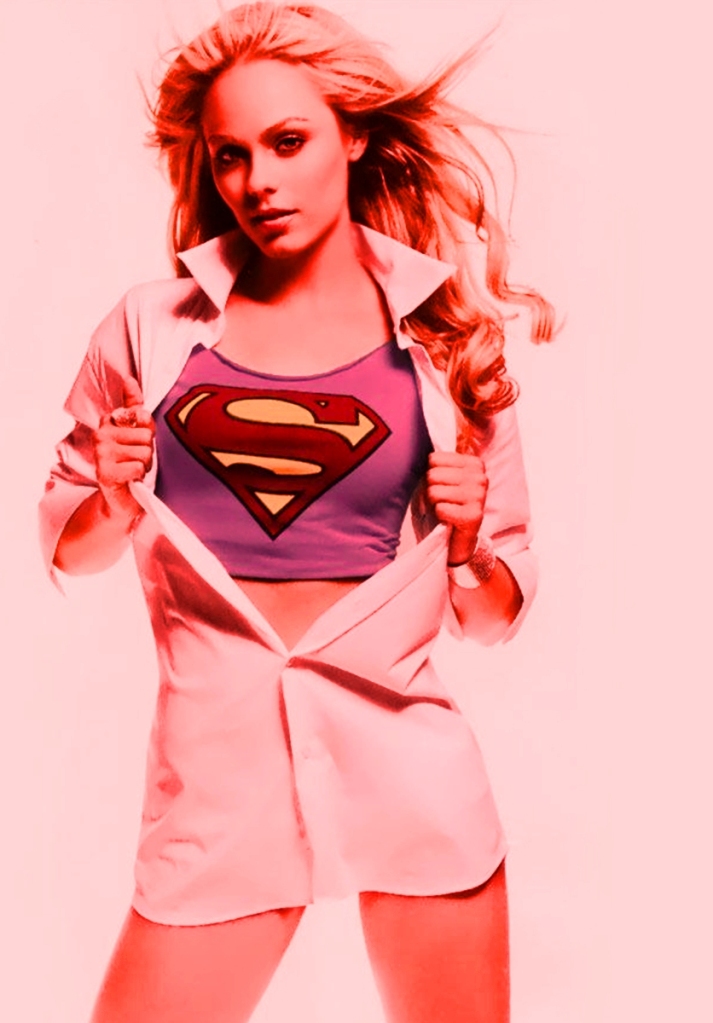 I am always in the mood for Femme Cheese. And while I have no idea what that means for you – for me it always means deliciously ridiculous horror entertainment with a strong female lead.

Therefore, I can’t wait for the January 13th (2014) premiere of SyFy’s Bitten about a sexy female werewolf, starring Supergirl, herself, the fetching Laura Vandervoort.

The network has just released the official trailer – and it looks like one hairy, shirt popping good time! 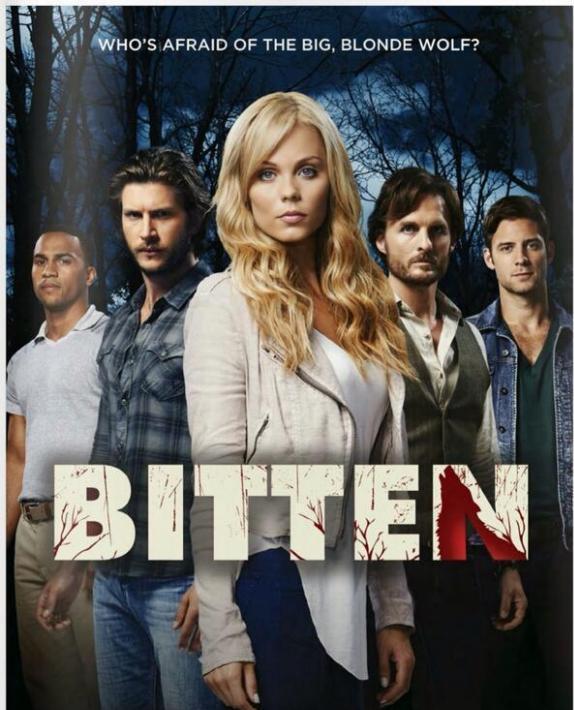 Be sure to keep up with further updates at http://www.syfy.com/bitten and http://www.lauravandervoort.net. 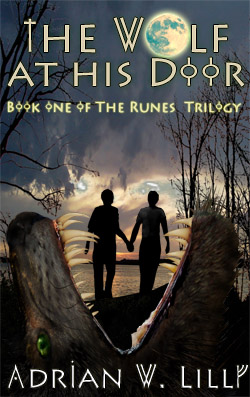 Many things have landed at my door, lately. On Monday, the arthritic vampire from the down the hallway paused by my apartment to compose himself – and then couldn’t move an inch for three days! Yesterday, I went to grab a Pomegranate Rip-It, my life blood, at the convenience store in the lobby and tripped over the remains of Hilda, one of the lesbian prostitute nuns who raised me. (Oh, those tangled, blood stained maternal coils!) Thankfully, exquisite author Adrian Lilly is luckier than I. His latest novel is titled The Wolf at His Door and it sounds like a scintillating wonder. Proving that point, Lilly, recently, joined me in a lively chat about his woolly literary pursuits and his love of horror.

BGHF: Hey, Adrian! Let’s do a more interesting take on Maria Van Trapp – and start at the very beginning! What first got you interested in horror?

Adrian: My first horror story was a brutal, little story about a family getting murdered; I wrote that in the first grade. Later, in a computer programming class in middle school, my friends and I programmed a choose-your-own adventure horror/murder game, where the character’s sister went mad and was killing everyone. In short, I’ve always loved horror. Starting when I was really little, my mom and I would stay up and watch all the classic horror on the late, late show — Beyond the Door, Exorcist, The Shining, less-than-memorable Hammer films, and many others.

BGHF: Cool! So, was it always your intention to be a writer or did you just fall into it?

Adrian: I’ve always been a reader and a writer. I love both. I briefly detoured in college when I planned to be a marine biologist. Then, about half-way through college, I switched to creative writing. I’ve never looked back.

BGHF: That could be dangerous in a slasher flick! Are werewolves your favorite creatures?

Adrian: I’m a sucker for werewolf horror but not just the I-just-changed-into-a-lame-wolf werewolves. I really love the half-human monsters—The Howling, American Werewolf in London and the like. Okay, so I actually also love zombies, vampires, and just crazy beasts, too. I pretty much like all monsters. 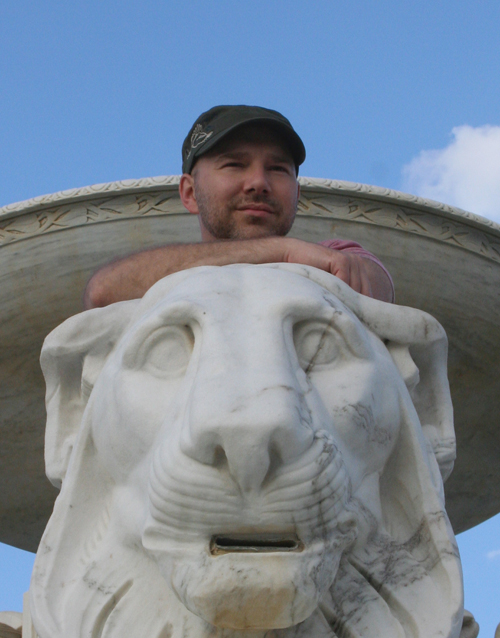 Adrian: The Wolf at His Door is your everyday world—people like your friends and neighbors—thrust into a maelstrom of lycanthropic horror. The Runes family is at the center of the novel, with secrets of their own, that threaten to destroy them. As the body count rises, Alec Rune begins to suspect his new boyfriend, Jared, may know more about the werewolves than he’s admitting; only adding to the tension.

In The Wolf at His Door, I more fully explore the spectrum of sexuality, with gay, straight, and bisexual love/sex scenes. I try to create a world that more closely approximates the one we live in. As an author, I don’t ignore that the gay characters have straight family members and friends. So, for me, it’s important to create a world that isn’t only inhabited by a narrow definition of gay.

BGHF: Brilliant! Are you working on anything else, currently, that you would like us to know about?

Adrian: I’m the type who works on a few things at once. The second book in The Runes Trilogy, The Wolf in His Arms, will be out in early 2014. I’m also working on a series called The BlackBird Mysteries. Daniel Black and Pete Bird, the main characters, have no choice but to work together to solve supernatural mysteries, despite not liking each other very much (or at least despite the crazy sexual tension). There’s a good deal of camp in these, so they’re a little lighter than most of my work. The first in the series is called Last Will and (De)testament. If anyone wants to know more, they can follow me on Facebook at http://www.facebook.com/adrianwlilly – friend me on Goodreads (there are a number of reader reviews there) or find me on Google+. I’m completely open to questions, so that would be cool.