Finally making my way through the stacks of horror DVDs and Blu-ray’s that I hadn’t previously viewed, I’ve been reminded, emphatically, of the preponderance of female nudity in exploitation films. Thus, it seemed like the perfect time to revisit a column that I used to feature here that emphasized male beauty in genre fare. Showing the male body, unfortunately, in many circles still seems like such an anomaly, an almost political act. Just ask actor Jesse Williams, whose nudity in the recent Broadway show Take Me Out has seemingly taken cultural precedence over his Tony nominated work in the show. Of course, there is always the fear of me being just as body focused as anyone else by revisiting this idea here – and Goddess knows, all of this COVID based, solitary old man horniness is definitely getting to me, as of late – but one hopes that the statement made here ultimately outweighs the presence of my personal satyr. That being said…

First up is The Recall, a 2017 science fiction-action hybrid that features Wesley Snipes, in mildly disturbed, aggressive top daddy form, as a character simply known as The Hunter. When a group of college age partiers arrive at the cabin next-to his, it appears that the film might turn into a backwoods stalk n slash. But when an alien invasion occurs, Snipes’ character, a previous abductee, might be his smooth toned co-stars only hope.

Perhaps the most famous of the youths relying on Snipes’ skills here is Breaking Bad’s handsome RJ Mitte, who plays Brendan, the tech geek of his crew. The swarthy Niko Pepaj (Rob) and the angelic Jedidiah Goodacre (Charlie) round out the male contingent. Playing to stereotypes, the darkly intense Rob is the insensitive bad ass of the gang, often willing to sacrifice the others to save himself. Charlie, meanwhile, is the quietly romantic hero whose troubled past meets its comeuppance once the otherworldly invaders begin to experiment upon his frequently half clothed body.

The camera definitely endorses these maneuvers. Goodacre is very naturally embraced by the camera and the scene when he wakes, sprawled in a field, post-extraterrestrial subjugation, is one of pure beauty. In fact, as a whole, the testosterone fueled visages here far outweigh the plot line when it comes to moments of pure pleasure. In a world far too reliant on the feminine mystique (or lack of it), that alone definitely puts The Recall a cut above the rest. 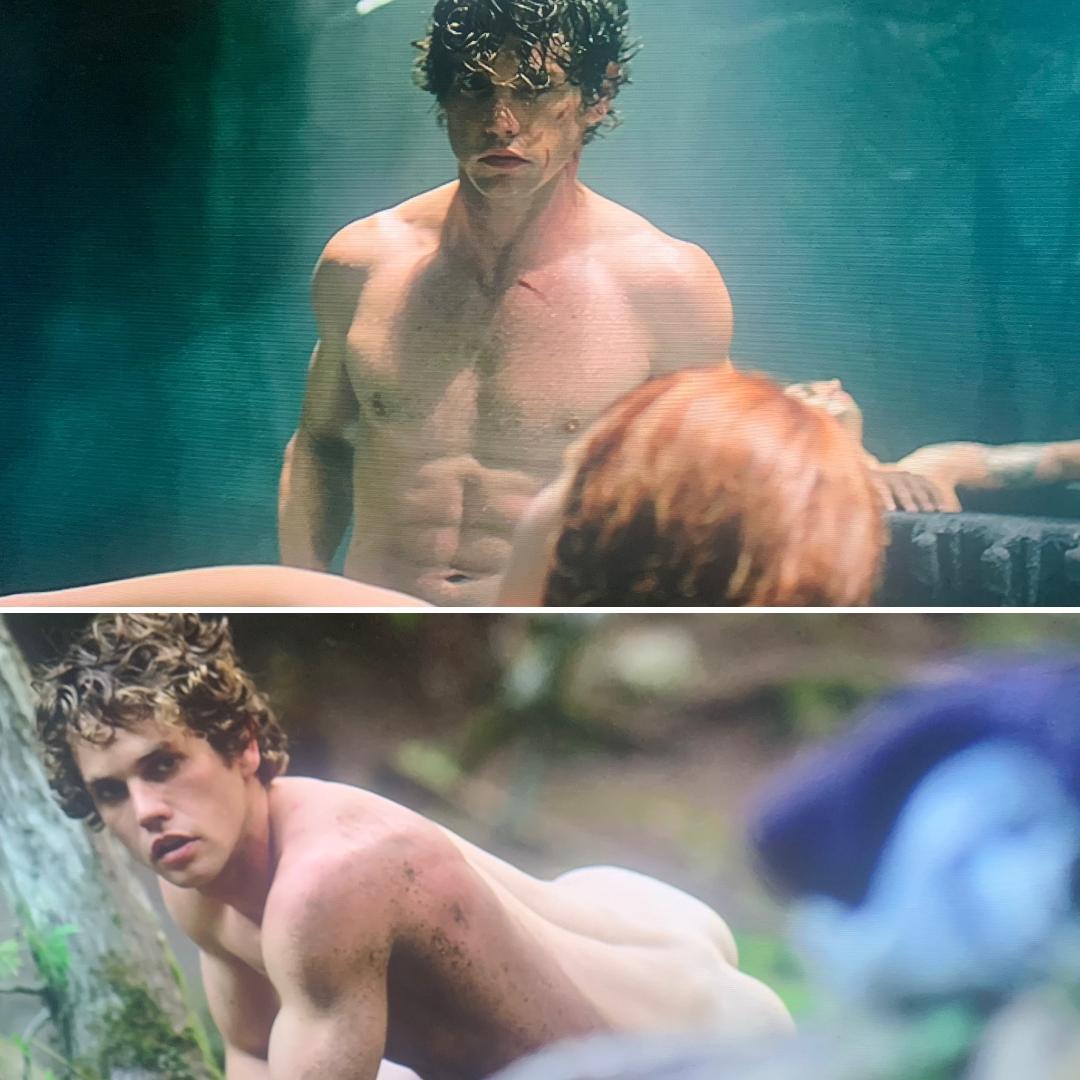