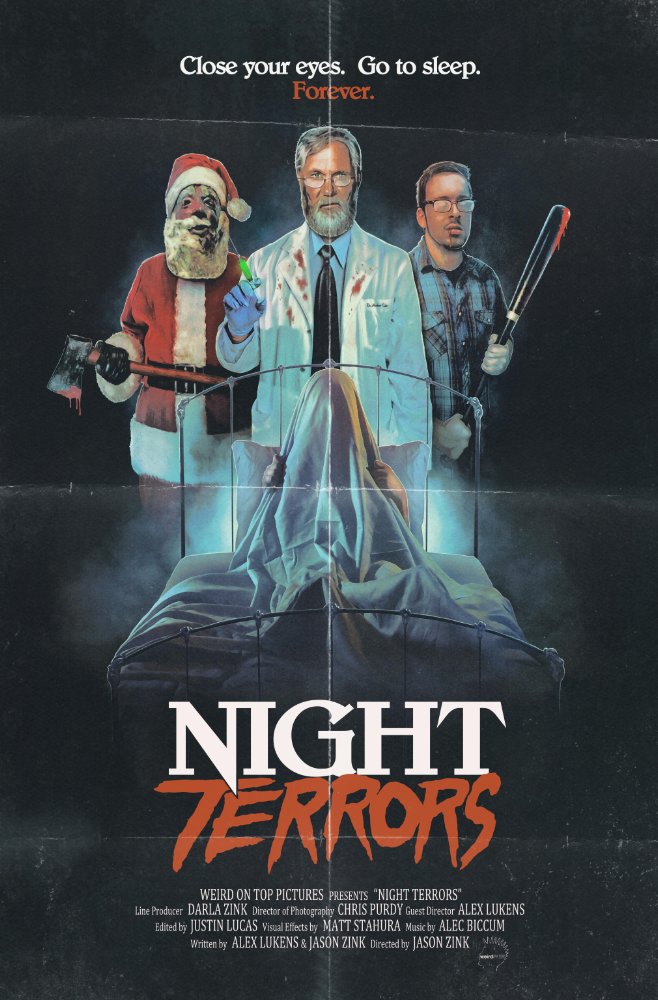 While, perhaps, considered blasphemous by some, this critic maintains that Night Terrors‘ killer Santa segment provides more visceral enjoyment than the classic And All Through the House from 1972’s Tales from the Crypt. Sorry, Joan and friends!

Here, a rampaging Claus obliterates a group of likeable punks in a rundown house. Full of humor and bloody mayhem, this jolly (yet very murderous) stranger makes quick work of these youths in a variety of brutal ways and then, thankfully, makes his way onto the typical (and very annoying) suburban family next door. Interestingly, the fact that writer Alex Lukens and director Jason Link create very enjoyable and relatable victims makes the violence seem all the more random and unnecessary. These are the type of people that populate your favorite local bands or write that anarchistic blog that you adore and are the exact opposite of the obnoxious and privileged denizens of the popular slasher projects from the ‘80s. Thus, their demises, while fun, are littered with a touch of rare poignancy.

Baby Killer, the second story in this well executed independent horror anthology from Weird on Top Pictures, benefits from some emotional immediacy, as well. Here, writer-director Lukens goes for broke, creating some of the film’s most disturbing visuals, including the savage murder of a young child, as a mad scientist-type goes on a killing spree trying to save his dying daughter. Although, actor Richard Hackel fills his determined patriarch with such anguished passion that it is hard not to feel for him. Meanwhile, Miranda Howard’s Sandy is equally effective as she, valiantly, fights for her life and that of her unborn child. 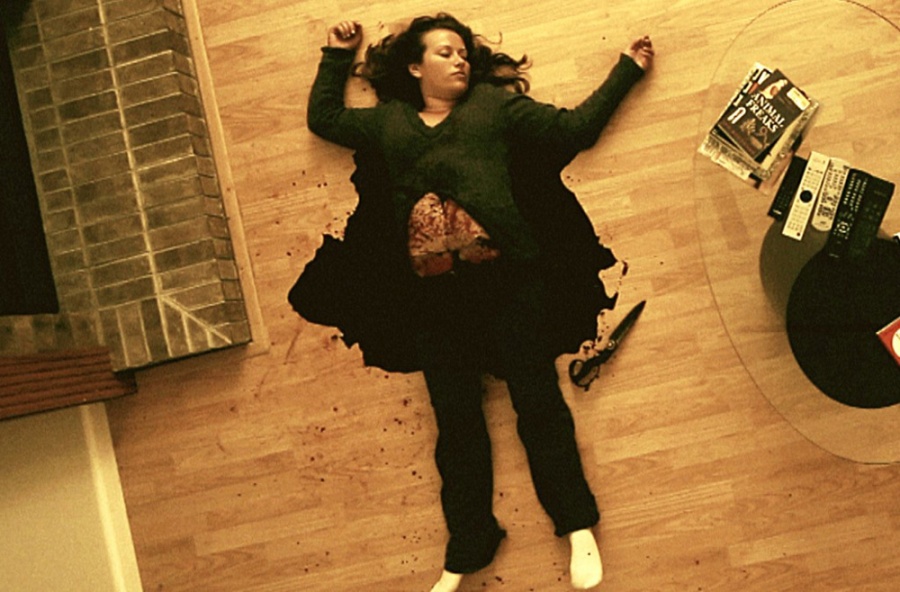 The final story, Abstinence, is full of gooey madness as a viral infection, caused by sexual contact, takes its toll on a college campus. Most notably, actors Sean Jones and Joe Bachan add plenty of bro-type humor while Asia Rain is an effectively attractive presence as the woman worth dying for.

Admirably filmed on a budget of $5000 with mostly non-actor types, Night Terrors even succeeds with its wrap-around segment,  featuring an annoyed older sister (the invigorating Alyssa Benner) spinning scary tales to her relentlessly sleepless brother (a cutely exasperating Dominic Crawford).

You can rent this fine indie terror achievement at: https://www.amazon.com/dp/B00QU8OOY4 or purchase it and other goodies at www.weirdontoppictures.com.