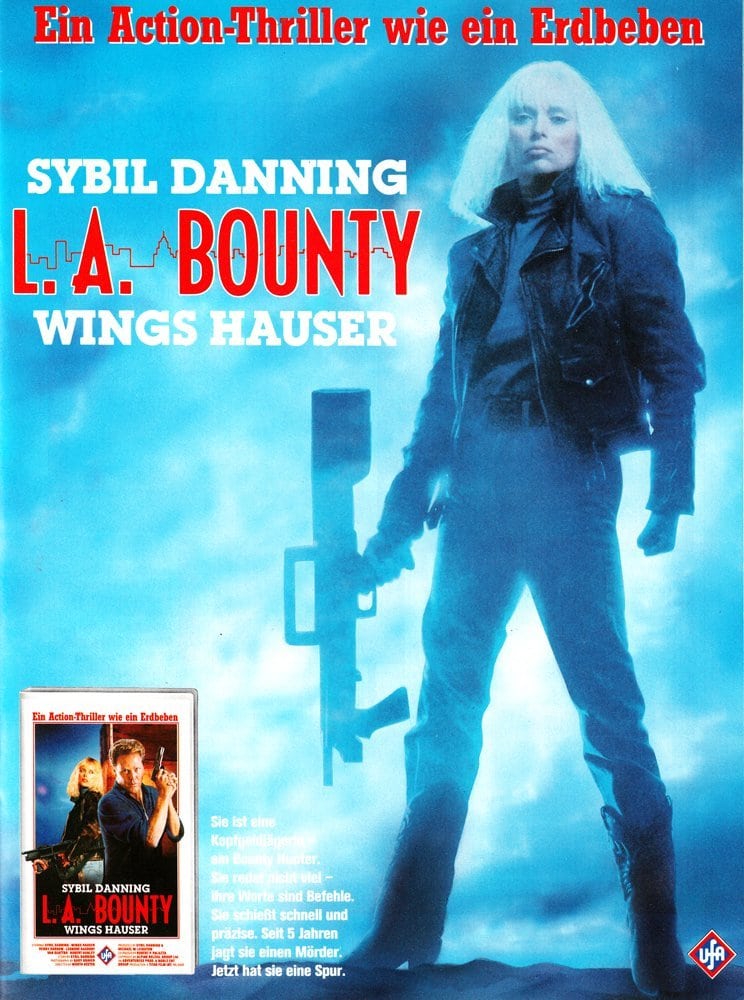 A stern look from someone in real life can sometimes stop you dead in your tracks. Silent expression is also an efficient tool to communicate emotion on film. This is often difficult to pull off, though, as it must be done subtly to be truly effective.

Thankfully for genre fans, one of the most exciting performances to utilize a bare minimum of dialogue and rely almost entirely on facial fluidity, is Sybil Danning’s commanding and efficient Ruger in the beloved cult favorite L.A. Bounty. 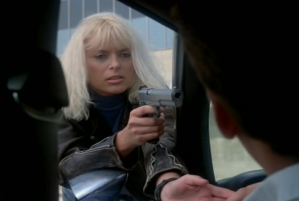 A former cop turned determined bounty hunter, Ruger here is dead set on taking down Cavanaugh, a vile criminal who murdered her former partner and who has recently kidnapped Mike Rhodes, a handsome mayoral candidate. Much of Ruger’s time is spent protecting Mike’s uncooperative wife Kelly, a woman whom Cavanaugh wants decidedly dead. As Ruger tries, mightily, to protect this innocent bystander, she systematically works her way through Cavanaugh’s associates. Growing ever more stern and calculating, when she finally gets to the man, himself, even the plot’s fun twists and turns will not deter her.

Nicely, with a simple yet powerful presence, Danning outguns even the most treasured male action icons here. She is cool yet obviously emotionally conflicted, delivering a classic performance – truly one of the best in the exploitation medium and beyond. The rest of the cast is also impressive with Wings Hauser oozing blistered menace as Cavanaugh and the underrated Lenore Kasdorf (Guiding Light, Missing in Action) bringing nervy grace to Kelly Rhodes. Drive-in enthusiasts will also cheer to the contributions of such esteemed participants as Henry Darrow and Robert Quarry. 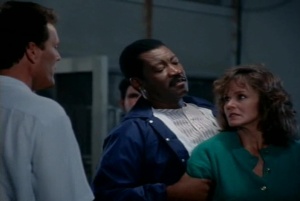 But it is Danning’s heart that truly provides the significant pulse of this piece. Granted, the action beats, including the anticipated shotgun blasts and deaths by torture and electrocution, are exciting. But she truly imbues this make believe world with its soul. Not surprisingly, a look at the credits shows that she wrote the story and also produced this emotional slice of mayhem… a true tribute to feminine power and the bad-assery of women everywhere, if there ever was one. 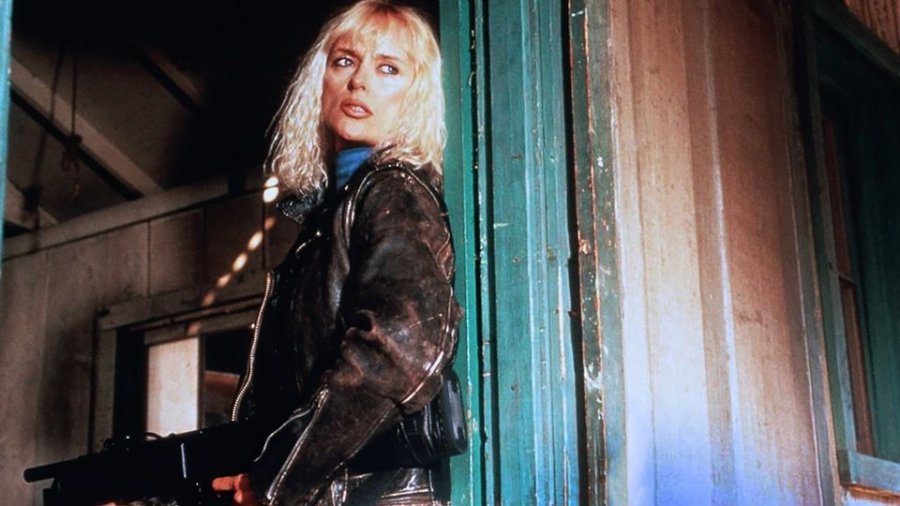 L.A. Bounty merchandise, including a new comic book based upon the exploits of Ruger, is available directly from Danning at www.sybildanning.net.  Be sure to follow her at https://www.facebook.com/Sybil-Danning and https://twitter.com/sybildanning, as well.