A mad man was threatening to freeze frame the world. Fair ingénues were being buried alive. And over at Ryan’s Hope, the comically conniving Delia was kidnapped by a gorilla in a daytime television take on King Kong’s love struck antics. Such was the world of the early ‘80s soaps and the game and lovely Randall Edwards was a huge part of that zany atmosphere.

Taking over the role of Delia from the incredibly popular Ilene Kirsten, Edwards eventually made the role her own while simultaneously thrilling old school horror lovers with her best Fay Wray impression. Purposely grabbing a lion’s share of publicity, this attention seeking storyline surely prepared Edwards for some theatrical scrutiny that was soon to follow. 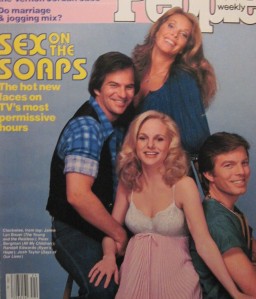 After a successful showing in Neil Simon’s critically acclaimed Biloxi Blues, Edwards was cast as sassy showgirl Kiki Roberts in the 1988 Broadway production of Legs Diamond. The show, nicely, gave her an ample chance to show off her singing and dancing talents in numbers such as I Was Made for Champagne and Only Steal From Thieves. Expensively produced and starring popular singer-songwriter Peter Allen, this production eventually went down in history as being one of show business’ most notorious flops, causing the permanent closing of the theater in which it debuted.

Of course, time has thankfully brought out kinder reactions to the project. Allen’ score has been favorably reexamined and several of the songs were included in The Boy From Oz, the popular retelling of his life starring Hugh Jackman. Nicely, a 30th anniversary concert recreation of the show even featured a still beautiful, dizzily potent Edwards.

Reportedly now a psychologist, it would definitely make her many fans “go ape” if this talented woman would continue to make occasional appearances in creative situations. 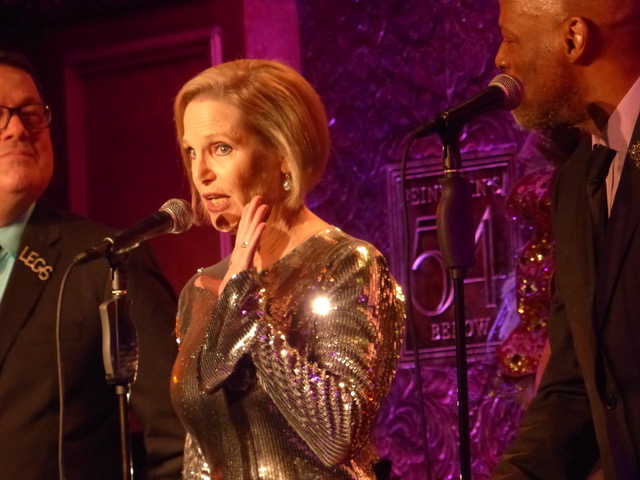