One perk of being a freelance entertainment writer is being able to spend a moment or two with performers who have meant something to you over the years. Illustrating this concept, I grew up watching actress Linda Purl on various movies of the week and television shows. As with many of the artists that I followed in my small-town youth, she personified hope. She was living proof that creative worlds existed far outside the seemingly narrow confines of my very sheltered, seemingly unworldly circumstances. Nicely, during my stint as the Midwest online theater editor for Sheridan Road Magazine, I was able to briefly interview Purl.

Of course, one of the negatives of journalism is that, over the years, certain online pieces are archived or erased completely from existence. This was the case with my mini-chat with Purl. But with another birthday approaching and the isolation of COVID still maintaining a strangle hold on most socialization efforts, my nostalgia has, unsurprisingly, been in full bloom. Thus, I have decided to revive that long ago conversation here.

This feels especially appropriate as Purl has given strong performances in two of my favored terror efforts. The clipped strength she provides as Nurse Sheila Monroe in the 1982 slasher effort Visiting Hours nicely balances out the misogynistically violent actions of Michael Ironside’s villain with a powerful feministic glow. Interestingly, she, herself, provided a sense of delicious glee, ten years later, in a role that completely reversed the more honorable characteristics of Monroe. As Norma in Body Language, she archly presents that character’s over-the-top psychotic energy, seducing and bludgeoning her victims with succinct forthrightness.

As a lover of the arts, I probably admire this fine performer’s dedication to traditional thespianism the most, though. Therefore, I am glad to present this exploration of her show business roots from the fall of 2012, here, in its (short but sweet) entirety.

“Meanwhile, the news of the Goodman Theatre’s (www.goodmantheatre.org) upcoming production of Tennessee Williams’ Sweet Bird of Youth, starring Diane Lane, is proving to be one of Chicago’s hottest tickets of the fall theatre season. Williams, best known for uncovering the emotional ravages of the heart, dealt with class issues in his prime works, as well. Sheridan Road was lucky enough to catch up with deservedly popular actress Linda Purl at the Hollywood Show (www.hollywoodshow.com) in Rosemont, this past weekend. The amazingly eclectic Purl, currently enjoying success with her versatile roles on The Office and True Blood, revealed she is a theater artist, at heart, in our brief conversation. The generous singer-actress also, mentions a very personal connection with Williams, one of history’s greatest playwrights.

Sheridan Road: It’s very apparent from your detailed, layered work on camera that the theater is very close to your heart.

Linda Purl: True. I grew up in Japan and my parents and I attended a lot of theatre. We would perform summer stock in the living room together – that was our family glue.

SR: That’s an amazing memory. Is there a particular play that you’ve done that stands out as a favorite?

LP: I have two. (Thinking a moment. Then, happily -) No. Three! There’s a beautiful play called the Baby Dance. We performed it in LA at the Long Wharf Theatre in New Haven, Connecticut. We, eventually, got it to Off-Broadway.  Then there’s The Road to Mecca – with Julie Harris! – Which speaks for itself. Then – playing Blanche in A Streetcar Named Desire.

LP: I knew him. Tennessee Williams had lived with us, briefly, when I was a child. – It’s a perfect play, as close to doing opera as you can get with a drama.

SR: Were the emotional places that Blanche descends into challenging for you as an actress?

LP: The play supports you fully on your journey. But, it’s daunting – you have to dig down deep.

SR: How long did you perform the role?

LP: Three months…I wasn’t ready for it to close.

SR: That’s understandable. Anyone who was lucky enough to witness your perfect, tender take on the ballad “This Time Tomorrow” from Tom Sawyer on Broadway knows you are a cabaret artist of note. I understand that you have a new show opening this fall.

LP: Yes, Midnight Caravans…Travels Through the Great New York Nightclubs will open at Feinstein’s in New York City on September 30th. We have Tedd Firth, a brilliant young musical director, and Desi Arnaz, Jr, is flying into do percussion. He is just so talented, so gifted and I am so grateful that he willing to be a part of this project with me. The first night, a portion of the proceeds will go the Actors Fund, a charity that is very close to my heart, as well.

SR: A perfect example of how art can entertain and benefit society, as well. You have such a vast body of work – from mini-series to comedies to drama – and every person probably has their personal favorite. Is there a television or film project that is close your heart?

SR: The television film with Shaun Cassidy! You’re amazing in that. It’s, also, a project about the social injustice of the handicapped that everyone should check it out, if they haven’t!”

Fortunately, while it is too late to attend that version of Midnight Caravans, Purl does offer up a recorded tribute to that show at Linda Purl – An American Actress & Singer. You can sign up there to receive notifications of all her future projects, as well. 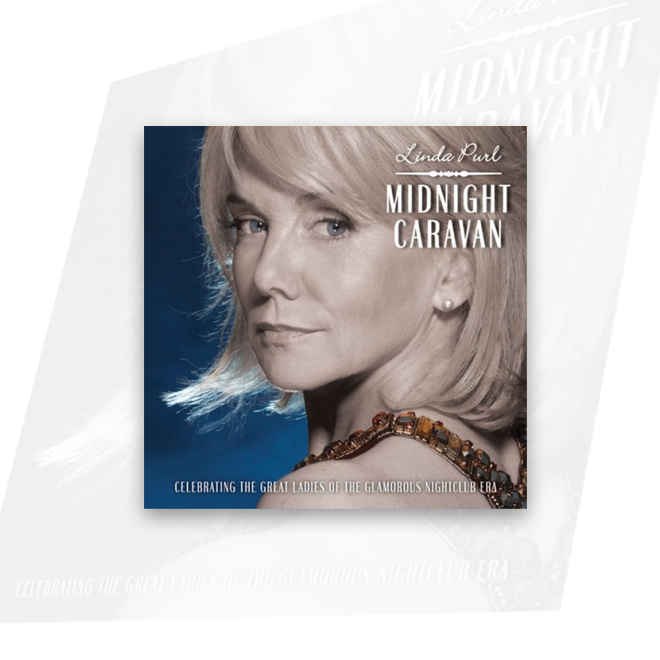