The irreplaceably talented Larry Kert definitely knew the glaring disparities involved with a career in show business. Exploding into the pubic consciousness as Tony in the original Broadway production of West Side Story, he ultimately found that role would be the one that he was best known for despite decades of fine portrayals and other significant career highs.

Truly eclectic, he counterbalanced the glaring romanticism of his most famous work as the heavy drinking, casually seductive acrobat George in The Sorcerer’s Apprentice, an enjoyable 1962 horror outing from Alfred Hitchcock Presents. Written by terror wunderkind Robert Bloch and featuring a notorious shock ending, this outing has a lot in common with such carnival themed shockers as Circus of Horrors and Berserk.

Paired with the voluptuous Diana Dors, who also played a similar role in the previously mentioned Berserk, Kert radiates with a subtle cockiness and bravado here. But as he discovers that Dors’ schemes contain an inherently murderous malice, this musically toned pro shows his character’s true humanity and concern, creating a complex portrait of a tortured soul.

While winning further acclaim for his work in such theater projects as Cabaret and Company, replacing both male leads in their initial runs to great renown, Kert was also spoken about highly by colleagues who admired his courage in being openly gay in a period of time when that was considered unacceptable. Although, it has been noted that he was called out by some closeted gay creatives for being too carefree and obvious about his orientation, a double-edged sword that he seemingly rode with great finesse and steely resolve. 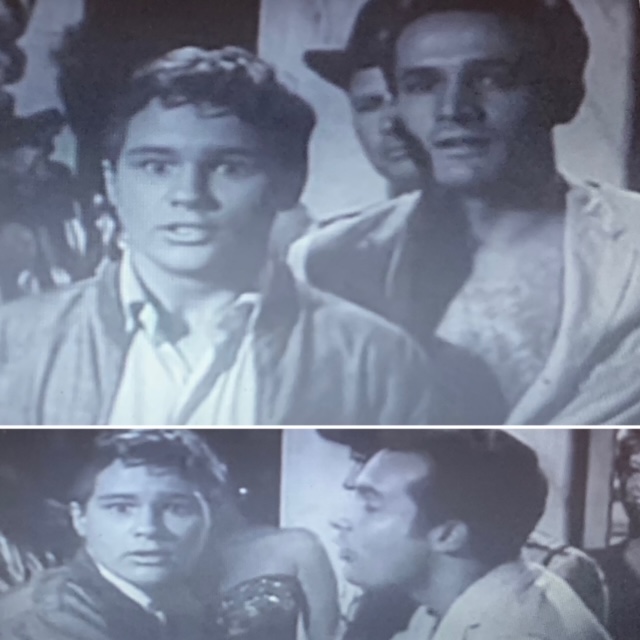 Sadly, this strong willed and courageous performer lost his life to AIDS at the age of 60 in 1991. His memory, though, lives on through all the proud gay horror fans who appreciate his small contribution to the art of fear and the even bigger ones he made to our visibility in the fields of creativity and beyond.

The grand Reta Shaw has rooted herself in the minds of many burgeoning filmgoers from her classic turns in such Disney projects as Mary Poppins and Escape to Witch Mountain.

Nicely, with roles on Alfred Hitchcock Presents (as a nosy neighborhood woman), Thriller (as a childish middle-aged bride turned unrelenting domestic shrew) and Bewitched (as two different senior relatives of prime witch Samantha), she also gave golden genre television lovers something to talk about over the water coolers, as well. 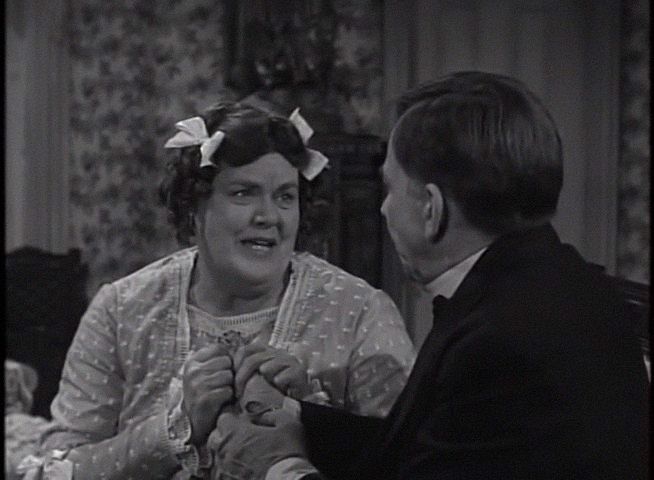 In the honey-in-our-ears category, as a Broadway veteran, Shaw reprised her comic, singing role of Mabel in The Pajama Game to grand effect in the film version of the popular musical – truly making all those who haven’t witnessed her comic brilliance here jealous of those who have. 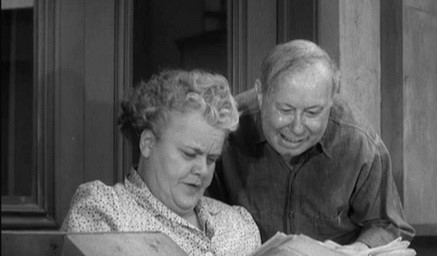 She was one of the queens of the Broadway stage and the cabaret circuit. But the multi-talented Barbara Cook also took a turn towards the gothic as one of Hitchcock’s famously conflicted blondes in the A Little Sleep episode of Alfred Hitchcock Presents.

Long considered to possess one of the sweetest, nuanced soprano voices, Cook was a 2011 Kennedy Center Honoree and, appropriately, received many other honors (including a Tony Award) before her death in 2017 at the age of 89.

I’ve tasted the gritty – especially after that psychotic killer clown pushed my face into the ground when I was 10!

But there is nothing as earthy (and fabulous) as the vocals of legendary folk, jazz and blues artist Barbara Dane! Even cinema’s master of suspense, Alfred Hitchcock, would have to agree with me on that one. (Although, he agrees with me on so little, nowadays. Pesky, I tell you. Just plain pesky!) He included the magnificent Dane in the 1962 episode Captive Audience (starring the distinguished James Mason of Salems Lot and Frankenstein: The True Story fame) on his own Alfred Hitchcock Presents.

Don’t believe me? You can check it, here, yourself:

Then be sure to hang with Dane, often, at http://www.barbaradane.net. This politically charged dynamo is still performing and highly worthy of your support.