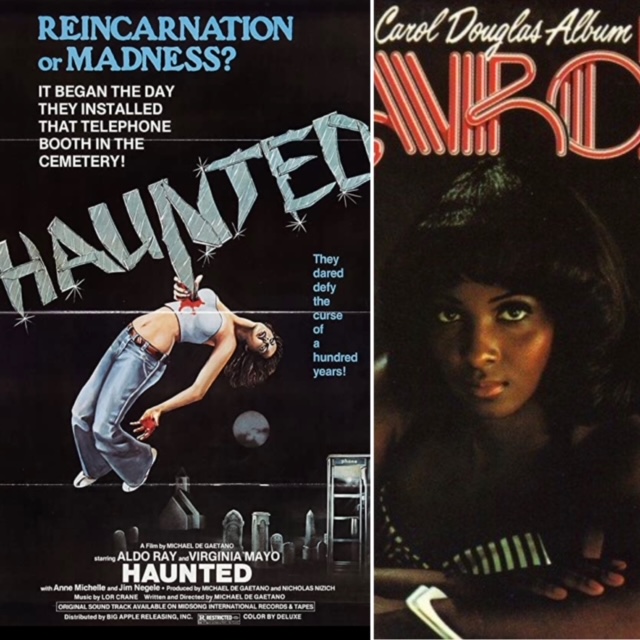 With her take on Doctor’s Orders, the well-rounded Carol Douglas found herself swimming through the upper echelons of disco ballrooms, worldwide. The popularity of that song earned her a special mention in the background of Saturday Night Fever, but her preceding stints on television shows like The Patty Duke Show and several appearances in off-Broadway productions already proved she was a talent to be reckoned with.

Nicely, one of her more interesting assignments during her ‘70s heyday was providing the dance tune for the truly eclectic soundtrack of Haunted, a dusty look at the revenge that a ghost of a Civil War witch takes on the ancestors of those who murdered her.

Like the film itself, which mixed such Hollywood notables as Virginia Mayo co-starring with such newcomers as Playboy model Ann Michelle, the music here features dramatic story songs like Billy Vera’s Indian Woman, Freya Cayne’s gooey love ballad A Distant Time and Douglas’ exuberant vocalizing on the club ready You Make Me Feel the Music.

Thankfully, for all fans of that Summers’ Era of Boogying, Douglas is still making those bright lights shine positively at Carol Douglas | Facebook.