One of Denver’s shining entertainment lights for decades, the vivacious Lannie Garrett has released several important recordings while simultaneously bringing her vivacious charm to cabaret stages across the country.

Horror fans, though, will know her best from her appearances in 1988’s Destroyer and 1993’s Kiss and Be Killed. Although, it is as Sharon Fox, in the former project, that she radiates with the most aplomb. As the sexy protégée of Anthony Perkins’ sleazy Robert Edwards, Garrett brightens up the screen…and not just while in the deadly sights of Lyle Alzado’s electrically reanimated killer! 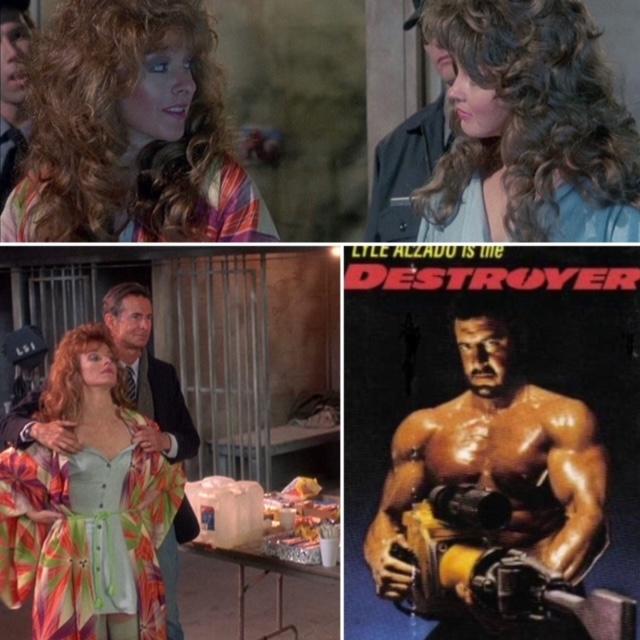 Nicely, as detailed in Split Image, author Charles Winecoff’s incisive biography of Perkins, Garrett got along well with her more famous co-star, proof that she truly gives her…(ahem)…body and soul…to every project that she is a part of.

Until the next time, SWEET love and pink GRUE, Big Gay Horror Fan!www.facebook.com/biggayhorrorfan