Jeanne Crain spent her primary Hollywood years portraying cinematic sweethearts. She was everyone’s faithful sister (Leave Her to Heaven) or the ingénue who bloomed when romance arrived, fully collared, at her door (The Model and the Marriage Broker). Nicely aging into roles in a series of mild noir films like Vicki and Dangerous Crossing, wherein she played elegant, frightened women facing deadly circumstances with trembling aplomb, she wound up her career, as many movie queens before her, in genre films.

She had to do little but look pretty in the midrange disaster epic Skyjacked. Her primary function there, in her final screen role, being to serve up devoted energy as a proud doctor’s spouse. Immediately before that less showy part, though, she proudly enacted a heavily utilized terror stereotype – the woman on the verge of emotional collapse. As the headliner of the cast of The Night God Screamed, playing a preacher’s wife stalked by a Manson-like cult, she fully committed to the disheveled, wide-eyed histrionics necessary for the undertaking.

Sure gold as the melodramatic heroine, a duo of guest shots on Burke’s Law in 1964 nicely confirmed her eclectic talents to the world. There she played against type as egocentric ladies of leisure and highly emotional murderesses. Despite these feats, she retired from the screen thirty years before her death. (She passed away in 2003 at the age of 76.) Thankfully, as night bleeds regularly into dusk, celluloid insomniacs can still discover her work on various media platforms, experiencing her never-ending magic as if anew.

Fun Fact:  Crain had the less-than enviable task of replacing Marilyn Monroe opposite Jane Russell in Gentlemen Marry Brunettes, the cinematic quasi-sequel to Gentlemen Prefer Blondes. Even Russell was rumored to have felt that her very quiet, dignified costar was miscast. Still, Crain, whose vocals were mainly handled by the oft utilized Anita Ellis, proves that she was in on the fun via her enjoyable take on I Want To Be Loved By You on the film’s soundtrack LP. 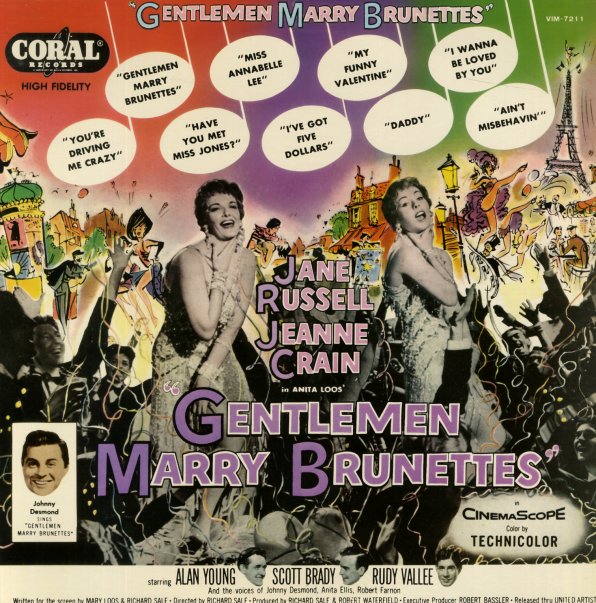 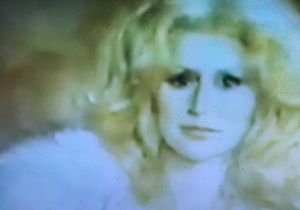 Efficiently helmed by veteran television director EW Swackhamer, this telefilm is perhaps most notable for its use of such Golden Era greats as Joan Blondell, John Carradine, Dorothy Lamour and Sylvia Sidney. That they all play former rivals of or associates to the glamorous Lorna Love, a kind of Jean Harlow-Marilyn Monroe-Jayne Mansfield hybrid, makes this quick primetime horror a truly fun experience for those lovers of ‘30s and ‘40s cinema. Sidney, as Ciara Joseph, the mansion in question’s caretaker, definitely has the most interesting role, but one has to wonder how this frequently cantankerous presence felt about playing the film’s silly twist in the project’s final reels.

Of course an argument could be made that DALH, piloted around the disintegration of Gregory’s marriage to his wife/collaborator Donna (Kate Jackson) as they work on a project about Love, truly comes alive when LaMour, as coffee commercial queen Denise Christian, reminisces about Love’s evil deeds. Blondell devotees are also sure to admire her hysterical break from reality during the heat of the film’s fiery climax. Whatever your preference, DALH is ultimately high on mysterious mood and thoroughbred nostalgia. 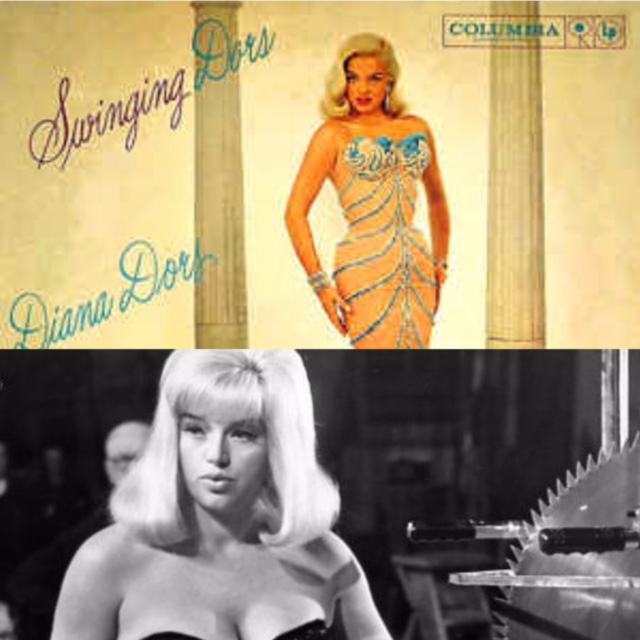 She was England’s answer to Marilyn Monroe, but the glorious Diana Dors soon proved she was her own very unique creature. Almost immediately, she lit up a bevy of British noir films and, by the late ‘60s and early ‘70s, was giving honest and heartfelt performances in a variety of horror films including Berserk (with Joan Crawford), the Vincent Price classic Theater of Blood, the anthology From Beyond the Grave and Nothing But the Night (with Peter Cushing and Christopher Lee).

Dors was also an accomplished vocalist. Her album Swinging Dors, a fan favorite, features peppy versions of a number of standards, but she also knew how to rock ‘n roll. Her sensuality and common sense were put to great use with the one off single, So Little Time.

When the Golden Age meets the Modern Age things can get a bit bloody. Writer-director Zach Lorkiewicz knows this well and proves it with his fun and inventive new short The Cheerleader Trials.

Taking place backstage during a production of a school play, actress Greta (Garbo) is confronted by her fellow cast mates, who just happen to include Judy Garland, Anne Baxter and Marilyn Monroe. It seems someone has been murdered on stage and Greta’s costars are determined to be judge, jury and executioner…especially if it means knocking off any competition for the spotlight.

Nicely, Lorkiewicz is able to create an environment that seems both to encompass the bleak emptiness of those off limits areas of professional theaters and a vast and dreamy never-world, as well. Anyone who spends their rainy afternoons luxuriating in the clipped and precise rhythms of the black and white worlds of Joan Crawford and Bette Davis should find much to enjoy here, too.

But The Cheerleader Trials also feels ultra-contemporary due to its violent atmospherics. We live in an age when retaliation is just a keyboard stroke away and our leaders seem to encourage vigilante justice. Therefore, Marilyn and crew have never felt so (bleakly) new.

Lorkiewicz will debuting The Cheerleader Trials, online, for a week, beginning on January 22nd, 2017 at

More information is also available on the event page listed, below:

She melted Toxie’s heart as the sweet, resourceful Claire in Toxic Avenger II and Toxic Avenger III, but the divine Phoebe Legere has always been more than just of the sum of her (admittedly) beautiful parts.

Releasing 11 CDs of music over the years, Legere made cinematic waves in the classic 1988 documentary Mondo New York, performing one of her signature songs Marilyn Monroe.

You can keep up with all of Legere’s intriguing activities at:
http://www.phoebelegere.com