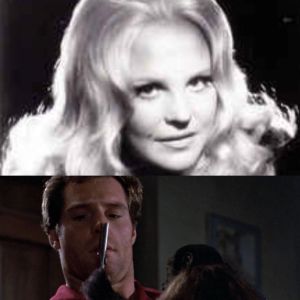 Wisely, along with such well known standards like That’s All and Ain’t We Got Fun, he utilized a number that Lee herself wrote, the melancholy yet hopeful There’ll Be Another Spring.

Nicely, Lee, who famously wrote many of the numbers for Disney’s Lady and the Tramp, has also had songs that she sang featured in other such genre projects as Exorcist: The Beginning, (the television show) Nightmare Café and the 2005 version of King Kong.

…and if that doesn’t give you fever, I don’t know what will!