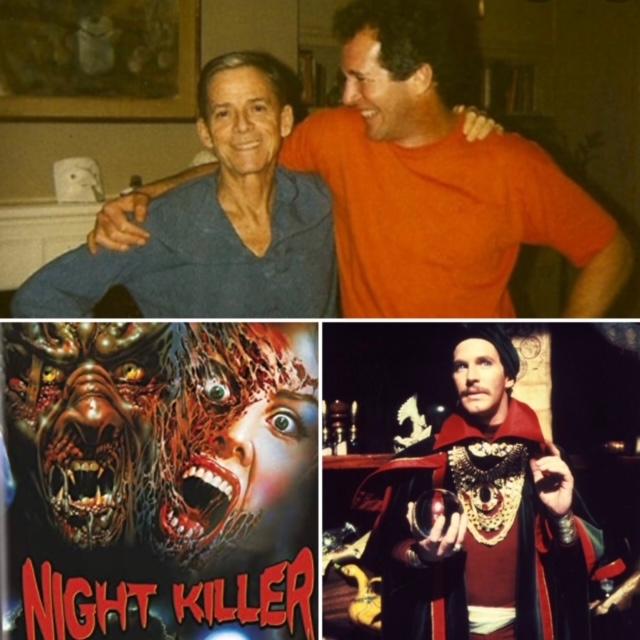 With appearances in the original versions of Marvel’s Dr. Strange & Inglorious Bastards, the culturally athletic Peter Hooten had an acting career that has left an inspired mark on most genre fans. But this should-be icon, who also had lead roles in the whale-gone-wild epic Orca and the completely bonkers horror extravaganza Night Killer, made a significant mark on cultural life via his supporting, loving relationship with Pulitzer Prize winning poet James Merrill – a romance that lasted until Merrill’s death of AIDS related illnesses in 1995.

Interestingly, in the special features for Severin Film’s Blu-Ray release of Night Killer, director-writer Claudio Fragrasso notes that lead actress Tara Buckman had issues with Hooten’s sexuality, irrationally claiming that, because of his orientation, their love scenes weren’t reading as authentic. Indeed, the opposite is true. Hooten’s energy in the film is decidedly earthy, proving that he always gave solid, believable performances despite the incalculable prejudices of Hollywood and it’s flighty, often emotionally unstable denizens.

That fact alone should definitely make him a Pride Month Hero, 12 months of the year, in anyone (and everyone’s) book!