Richard Burton threatened her with The Medusa Touch and little Damian broke her body (and her heart) in The Omen. But the scrumptious Lee Remick did have some heroes in her life, as well.

Surprisingly, famed composer-lyricist Stephen Sondheim was one of them. Remick appeared in the original Broadway production of Sondheim’s well regarded (yet short lived) Anyone Can Whistle and she also glammed it up in an all star production of his Follies in the ‘80s.

Here, with direct forcefulness, she takes on the bad guys in her own way with There Won’t Be Trumpets, one of her best remembered numbers from Whistle. 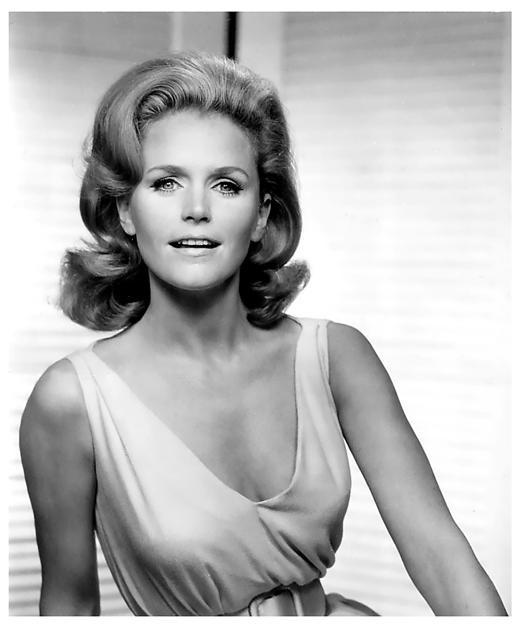 That Catholic upbringing never quite leaves you, does it? I’ve been a card carrying Agnostic for years now, but the thought of Satan still gives me the willies!

Thus, unlike a seeming majority of film critics, I truly enjoyed current theatrical release The Vatican Tapes. Revolving around the dissolution of the life of a young woman named Angela (a multileveled Olivia Dudley); TVT eventually promises the rise of a female Anti-Christ, a genre awesomeness that set my little red rebel heart tittering with joy.

Director Mark Neveldine and writer Christopher Borrelli, also, supply the necessary ingredients that every lover of The Omen series might, readily, expect. There is the presence of ominous ravens as Angela’s spiritual guides and plenty of physical mayhem occurs to anyone who might threaten her ascent. The film’s most sensational sequence involves a group of restless mental patients who are lured into homicidal activity by one of Angela’s ominously whispered chants. Kathleen Robertson (Scary Movie 2, Psycho Beach Party), also, compels as Angela’s psychiatrist, who is the chilling recipient of the otherworldly tortured woman’s prescient gifts. Best of all, this feature offers up a female horror figure that isn’t a wispy ghost (Darkness Falls, Insidious, Stay Alive, Woman in Black) but a complicated, flesh and blood anti-heroine.

Granted, it doesn’t break the waves into a superhumanly new form of cinema, but The Vatican Tapes does deliver exactly what everyone wants in a possession flick. It’s a well done, (fairly) standard operation that torch bears the way into spooky fun for anyone who is willing to take the ride.

Be sure to keep up with all the fiery levitating at https://www.facebook.com/TheVaticanTapes.