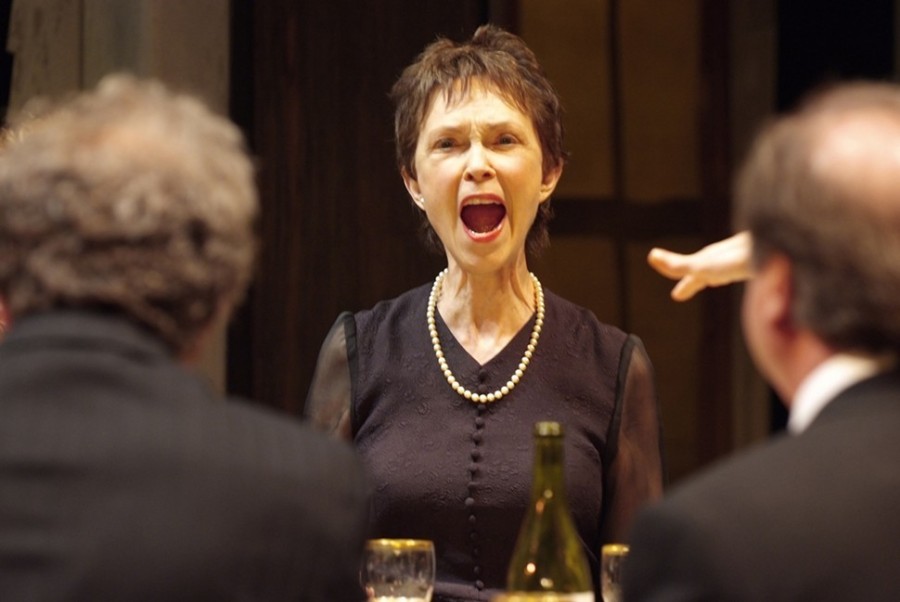 There’s been a bloody train attack, drunken backstage antics, much creepy evidence of possession… and tonight on the fourth episode of Fox’s The Exorcist, Nana is coming out from underneath the bed!

Yes, tonight is the debut of Tony award winning actress Deanna Dunagan (The Visit’s powerful Nana) as Mother Bernadette, someone who seems poised to assist Ben Daniels’ Father Keane in his efforts to understand the devilish activities that are currently occurring in the show’s universe.

Nicely, the appearance of Dunagan marks the addition of another multi-talented female performer to a show that already has been graced by the presence of Oscar winner Geena Davis, committed Midwest theater artist Kirsten Fitzgerald and the stunning Brianne Howey, whose brings a tart anguish to Kat, the young woman whose first tentative stabs at lesbianism were brought to a crashing halt.

I can’t wait for more!