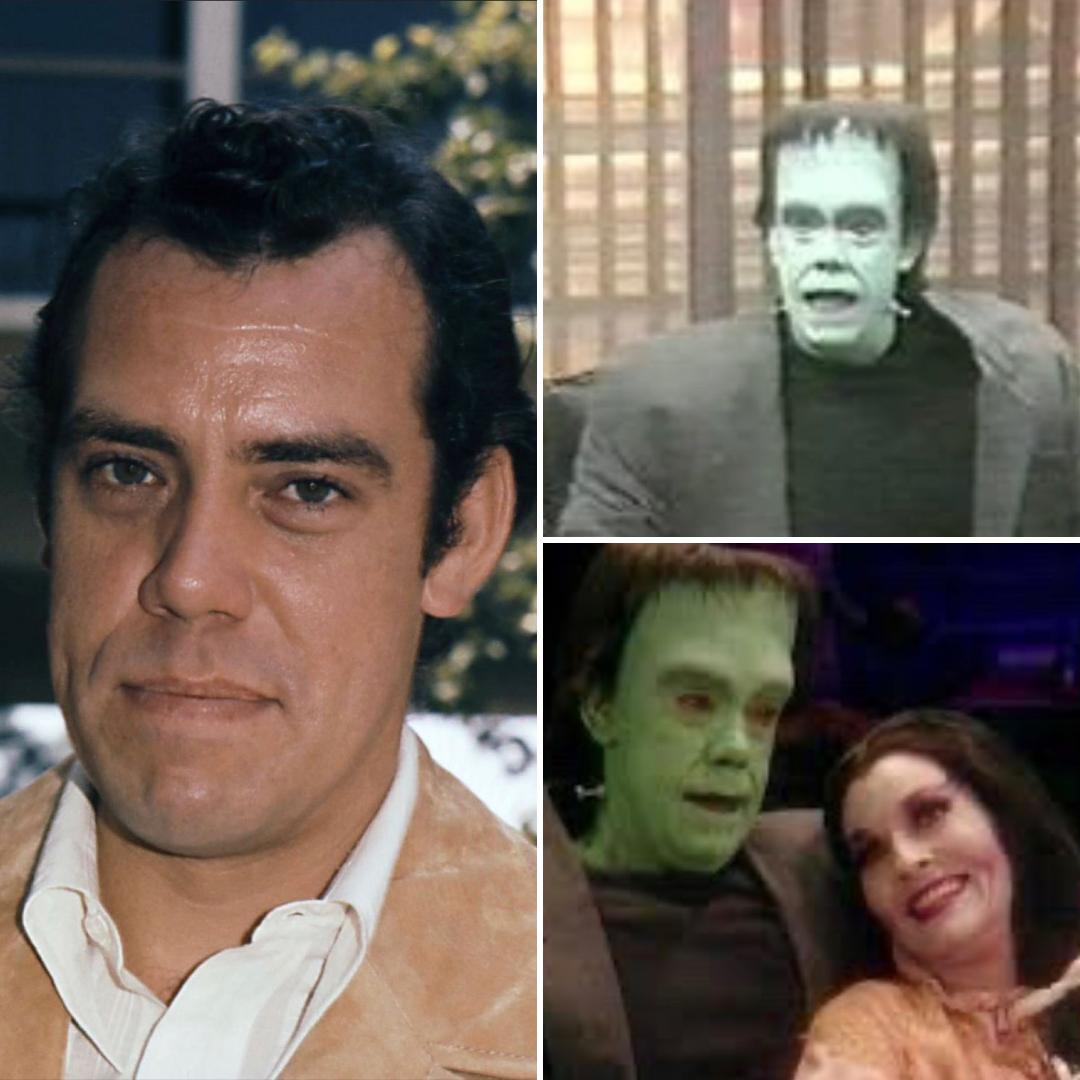 This past April, I was lucky enough to have a moment to sit down with versatile, journey man actor John Schuck. Schuck was, very happily, in town (at the Navy Pier) for Thank You For Being a Fan, the first (and hopefully not the last) Golden Girls convention. During our quick time together, he shared wonderful memories of his time working with Rock Hudson, ruminated about his fun relationship with Elizabeth Taylor and, forthrightly, detailed his troubled time portraying one of horror’s most iconic characters, Herman Munster, on the syndicated series The Munsters Today.

B: I’m feeling a bit like Julie Andrews this morning, John, so let’s start at the very beginning! How did your journey towards performing start?

JS: Well, I’ve told this story many times before, so forgive me if you’ve already heard it. When I was 5, I knew all the words and music to Oklahoma. We lived near NY, so for my 6th birthday, my parents took me to see it. That night I left wanting to be an actor. (laughing) Well, maybe a cowboy more than anything else then…but an actor, too.

Why limit yourself? Be both!

But from that time on, that’s what I really wanted to do. I had a couple little side steps, but anytime I applied myself, that is where fate and fortune seemed to lead me. So I assume I did the right thing.

I think audiences around the world can, happily, concur with you on that statement. One of your best-known roles, among the many that you’ve done, has been Sgt. Enright on McMillan & Wife. Can you talk a little about your experiences with Rock Hudson on that project? 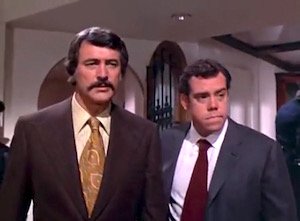 He was fantastic. He was one of those people without an ego. We were peers from the first day. We spent 6 years laughing a lot – sometimes too much. He was so easy to work with. Like me, he was always looking for something to make him better. So, during that period of time, he went out and did a tour of John Brown’s Body. He did I Do, I Do with Carol Burnett and he came through Chicago with On the Twentieth Century. So, he was taking on major theatrical parts that not only required speaking but singing…and they weren’t always necessarily commercial pieces either. It turns out I had fly here (to Chicago) to do a Mike Douglas Show. Do you remember that?

Of course! I loved those kinds of shows as a star-struck kid!

For those who don’t know, Mike Douglas had a daily talk show – sometimes it was an hour, sometimes it was an hour and a half. They came to Chicago and produced a show, coincidentally enough, at the end of Navy Pier. They were featuring things like log rolling and crazy stuff like that. But that night, I went to see Roy do On the Twentieth Century here in Chicago and that was just a lovely day.

I would have loved to have seen him perform in that.

So, it was a great six years and we stayed very much in-touch for the next couple of years. I did notice the last time that I had lunch with him that he was a little peaked. I couldn’t quite put my finger on what that was about. Then I went off to England to do a play with Charlton Heston, The Caine Mutiny Court-Martial on the West End. After 4 or 5 months, Heston was going to leave. The producer came to me and said, “Who do you know that might be good to replace him at the star level?’ I said, “Rock Hudson. He would be wonderful playing this giant man crumbling in front you. That would be fantastic!” The producer went to L.A. and came back the following week. I asked, “Did you see Rock?” He said, “No. He’s dying.” That’s how I found out that he had AIDS, Fortunately, he lived until I got home, so I could say goodbye and all that. He was just a wonderful guy. He did not deserve that ending at all. 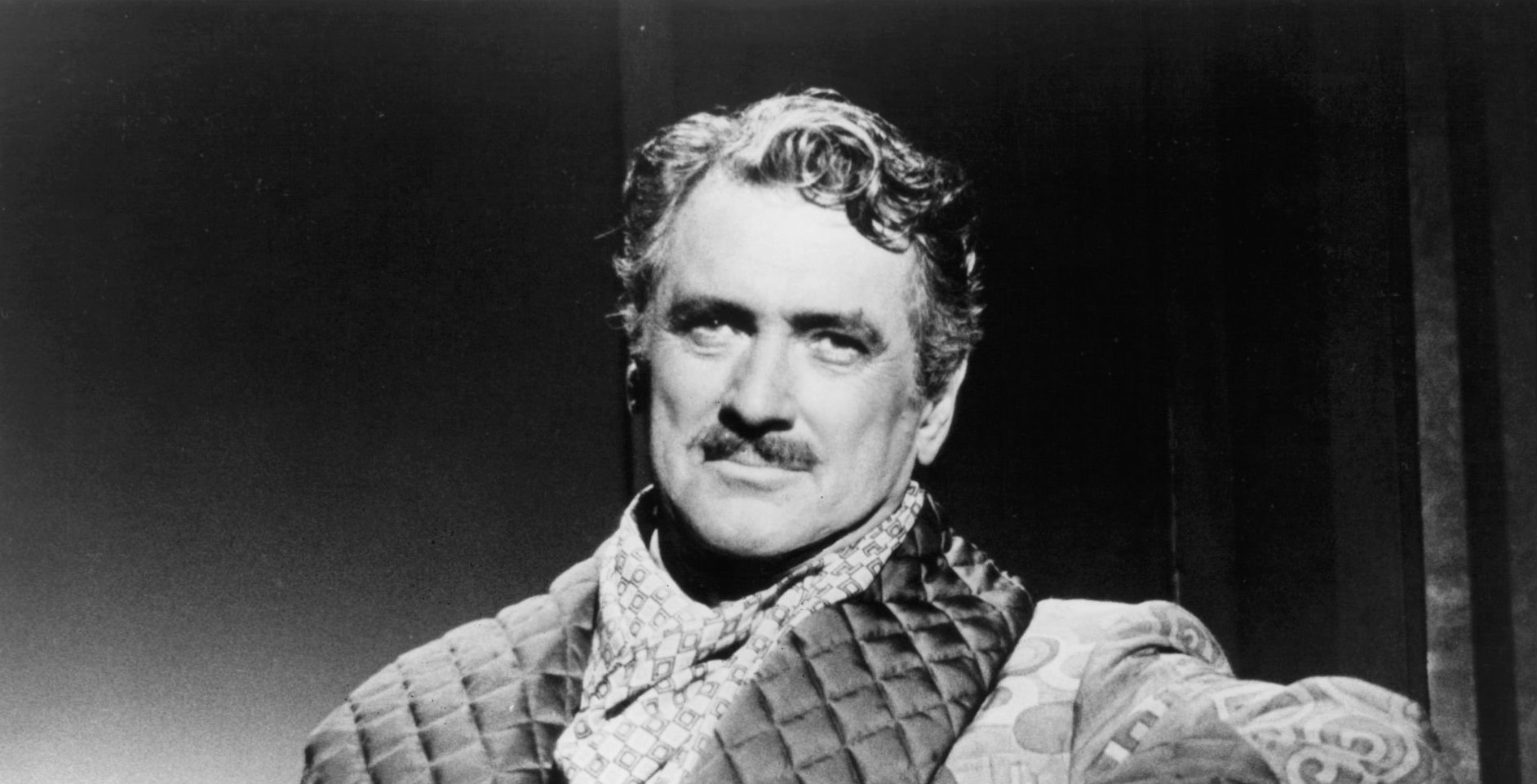 I’ve been catching up on old TV shows and films, lately. It is just amazing the amount of talent that was lost to that disease. Behind the scenes, there were multitudes of casualties, as well. The similarities between that era and COViD have brought so many lingering memories amongst so many of us in the LGBTQIA community.

Of course. Except this time there is a commonality. There is no shunning now.

Yeah, it’s not just the other now – drug addicts and queers. Its everyone. Speaking of a great every man, as a way to transition the conversation forward, you played a version of a character that has been embraced, heartily, by the horror community. Can we talk about your Herman Munster in The Munsters Today? He’s such a sweet, kind character.

He was. Of course, I couldn’t do the job that Fred Gwynne did. And our show was not really The Munsters. It was shot in front of an audience. It was in color, and it was set in a different time. …and in many ways, it was the worst job I ever had.

I couldn’t get out of it! It kept getting renewed.

I noticed there was 70 some episodes.

Well, there was Lee Meriwether as Lily, of course, who is also such a sweet person.

Yes! But that aside, it was the writing. They wrote it like it was a sitcom, but a sitcom for other characters. So every week there were these battles and conflicts…and I’m an easy going guy. I’m not into that. But I was a warrior. They’ve just aged horribly, as well. So, I vowed I would never do a job again just for the money.

Have you held true to that?

Out of your epic career – and let me interrupt myself to say congratulations on that, because show business is such a tough road.

Well, I hope you’re proud of yourself that you stayed true and preserved.

Thank you. You know what instills that?

Its shows like this. The Star Trek conventions, The Hollywood Autograph shows… I’ve had people come all the way from France to meet me and tell me how much I meant to them growing up. It really validates you, extraordinarily. And it’s not like I’m some egocentric running around, thinking that I’m incredibly famous. It just makes you feel worthwhile.

Well, those shows you appeared on really mean something. Even a sore point like The Munsters Today must have affected some sick child, helped get them through their day. That is so valuable to society as a whole. Entertainment does save lives!

Right! In fact, I can’t wait to see this audience. (The Golden Girls) is an all-ages phenomenon! My wife and I sat and watched 3 episodes the other night. We were having a ball. It was a lot better than anything else that was on.

Truly! Of your other projects, is there a role that you feel deserves to be explored more by the public?

No. I always felt that I was given proper attention. (Thinking for a moment.)  I was not prepared when Brewster McCloud, the Robert Altman movie, came out. Brewster was the movie that came directly after his version of MASH, which was huge. I remember the day it came out. I went to a theater in Westwood and sat down. There were maybe 15 people there. That was a bit of a disappointment. It’s now become a cult film, so it’s sort of reversed itself. It’s on television all the time now.

Give it a little time and it’ll come back around.

I also did another movie called Hammersmith is Out. It starred Richard Burton, Elizabeth Taylor, Beau Bridges, George Raft, Leon Askin, me… I had this love scene on a bed with Elizabeth. (Shaking his head in disbelief.) There I was, right?!? Peter Ustinov directed it. Although, when I say he directed it…He was behind the camera. (Laughing.) But you’d get ready to do a scene and he was doing an imitation of a 1952 Chevy having a nervous breakdown.

But, anyhow, he was great. And I thought just on sheer star power alone, people were going to go see it. It didn’t happen!

You’ve got to hand it to Elizabeth Taylor, too.  She did some really strange stuff in the ‘70’s – Boom, The Driver’s Seat…

Boom! Oh, I forgot about that!

Yes! Yes! Well, I got a friendship out of Hammersmith with her. So, that was great! I was at a dinner at their house. I arrived. Richard served me a cocktail. Then Elizabeth made an appearance. She said, “Would you like to come into the dining room? Dinner is ready!” We go into this rather large room with this very long table there. The three of us sat at one end. There was a line of chairs along the length of the table, up against the wall. That’s where the kids and the servants sat. They all sat independently, in order to be seen and not heard. My back was to them. On the walls, there were 7 or 8 paintings by Manet and Monet. By this time, Richard was in his cups…he was high and he began to get hostile with Elizabeth. He, first of all, started bitching about the quality of the paintings. These are not the good paintings! Then he started complaining about his birthday present. It had been a rather expensive golf cart which she had bought to be used on their yacht. He was upset because he had asked for a real car. Finally, she turned to me and said, “Is this not the silliest thing that you’ve ever heard? It’s ridiculous to have a yacht…and then to have a car on the yacht!?!” She just kind of fluffed it off. Oh, ha, ha, ha! She was like that. & when Roy got sick, man, she was there in a nanosecond! She repeated the same thing that she had done with Montgomery Clift. A fascinating woman. I loved her. She was great. The last years of her life were not the best either. It was sad. She and Martha Raye, so many others. I don’t know what happens.

You just never know, right? You’ve got to embrace every moment.

Just like I am embracing this one! I know you’ve got to get going soon, so I just want thank you so much for your time. It’s been such a pleasure.

(Humbly.) Well, thank you for letting me babble on.

It was such a pleasure.

It was a pleasure. And I’m here all weekend, so if you need anything else from me – any clarifications or what have you, please let me know.

Will do! Enjoy yourself!

Be sure to keep on eye out for Schuck’s future work – he, frequently, travels across the country in stage projects…and check out the Thank You for Being a Fan website for information on future events: https://thankyouforbeingafan.com/.