She made two memorable film appearances and worked with many of the jazz greats throughout her career, but there is very little information available about the exquisitely talented Perry Lee Blackwell. Sometimes credited as Perri Lee, this joyous multi-hyphenate (pianist-organist-vocalist) released at least two recordings during her career and she was the featured performer at the historic Parisian Room in Los Angeles for many years, as well.

Nicely, her love of performing is apparent in her scenes in Dead Ringer, one of Bette Davis’ latter day gothic horror projects. While that film has a huge cult following, Blackwell is still probably best known for her iconic interactions with Doris Day and Rock Hudson in the beloved romantic comedy Pillow Talk.

With her recordings available from outlets like Discogs and a number of blogs beginning to extol her virtues, it seems like the perfect time to rediscover the amazing Blackwell, who, in her 90’s now, seems to truly appreciate hearing about the latter day love she has been receiving from fans. 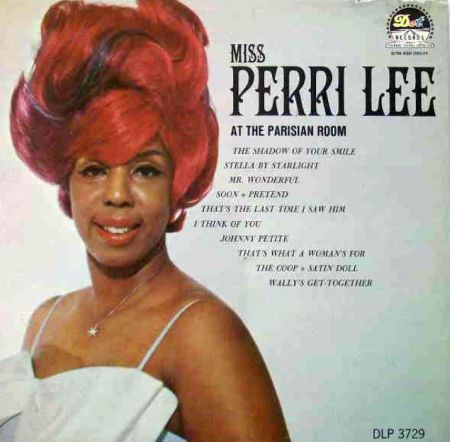 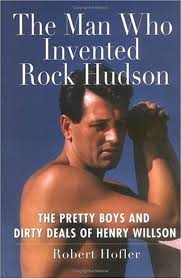 I just took a long hot bath – in dollar store bleach! I still don’t exactly feel clean but, thankfully, the permanent scum encountered by reading Robert Hofler’s The Man Who Invented Rock Hudson (The Pretty Boys and Dirty Deals of Henry Willson) is definitely a joyous one!

Portraying Hollywood as a cesspool of sexual manipulation, this sticky tome chronicles how Willson would mold his unrefined upstarts into camera ready studs. Of course, the extremely closeted agent often demanded sexual favors from his flock and Hudson, upon reaching the far heights of his fame, often indulged in Willson’s stable of up-and-comers, as well. In fact, if even half the allegations are true, this tale of seductions and internal homophobia is a mindboggling examination of the lengths that people will go to for fame in the often corrupt environs of Hollywood.

Of course, false or not, Willson’s account of (extremely well hung) cowboy star Calhoun’s affair with (fellow stud) Guy Madison is sure to be a delight filled revelation for lavender horror freaks who grew up relishing tales of Farmer Vincent’s fritters. Granted, Hofler does try to give equal weight to Willson’s kindnesses, however dubious they, ultimately, come off. Many colleagues defend Willson’s devotion to the young men under his influence, claiming that he truly took care of them, emotionally and financially, throughout the entirety of their careers. Hudson while painted as sexually voracious is also given props for his genuine humility. Although, Hudson’s best friend George Nader (Robot Monster) comes out looking the best of the bunch here by seeming to genuinely avoid all of the sordidness at hand.

Still, as dazzlingly enjoyable as this tome is for all its sheet stained revelations, this is ultimately a tale of sadness. In reality, Hollywood has changed little since Willson’s days of hush-hush dalliances. Combining this fact with the knowledge that Willson died a pauper and that Hudson’s status as the first truly famous victim of AIDS is perhaps more significant to history than his light footed eloquence in such classics as Pillow Talk marks The Man Who Invented Rock Hudson as both a sobering sociological study and a glitzy expose – a nimble feat for Hofler.