Coming on like a perfect precursor to the diva heavy Gothic horrors of the ‘60s and ‘70s (including Whatever Happened to Baby Jane? and many others), 1959’s Suddenly Last Summer gave the divine Katherine Hepburn a chance to bring a wickedly flawed character to the screen in the form of the matriarchal, incredibly wealthy Violet Venable.

As Venable uses all of her considerable influence to insure the lobotomization of her niece Catherine Holly, played with busty emotion by Elizabeth Taylor, Hepburn does add sympathetic touches to her portrayal (as any fine craftswoman would). Still, she doesn’t shy away from the uncontrollably evil nature of her character, ultimately creating a detailed look at a society matron compelled to carry out one of celluloid history’s more heinous acts.

Based on Tennessee Williams’ grotesque one act play, Hepburn’s own androgyny adds to the overriding gay mystique this piece offers up, as well. The screenplay here was not only adapted by queer literary icon Gore Vidal, but co-star Montgomery Clift, a performer whose sexual attraction to men has been well documented in various books on film history, gives it an inclusive vibe, as well.

Nicely, horror lovers on all sides of the spectrum can appreciate the visual background for the first meeting of the characters played by Clift and Hepburn. As Venable lays out her plans while walking through the mondo crazed garden of her estate, viewers can almost feel its macabre presence, entering them into a world akin to the twisted creations of Clive Barker and HR Giger.

LGBTQIA fans, though, will be glad that characters like Sebastian Venable, the unseen homosexual son of Venable who controls the plot from beyond his grave, are becoming rarer and rarer. A twisted individual who used both Hepburn’s grand dame and Taylor’s innocent minx, his is an example of the other at it’s most perverse, another artifact of how our community was considered to be akin to  chosen sickness and disease for decades. 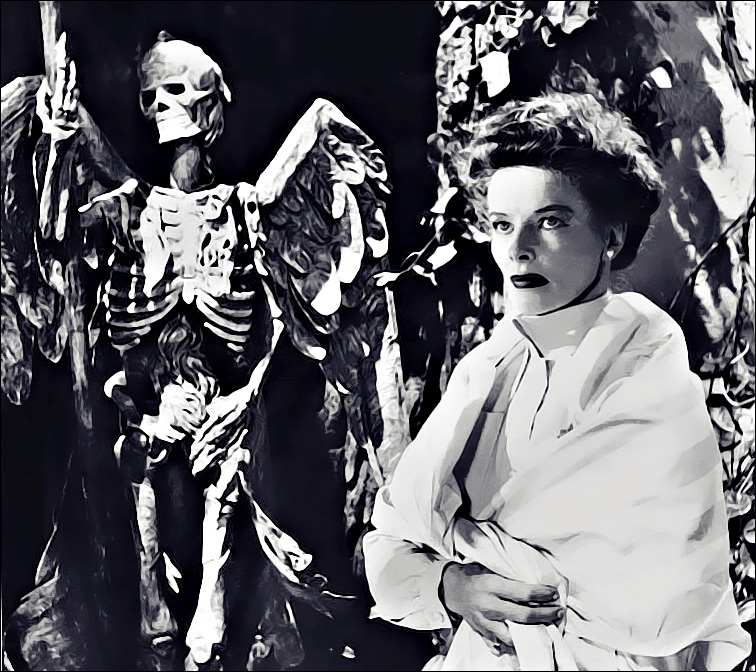 Hepburn, meanwhile, embraced the eccentricity of roles like Eleanor of Aquitaine (The Lion in Winter) and Countess Aurelia (The Madwoman of Chaillot) in the coming decades, but never again reached the divine fervor of her exquisite, unapproachable work here. 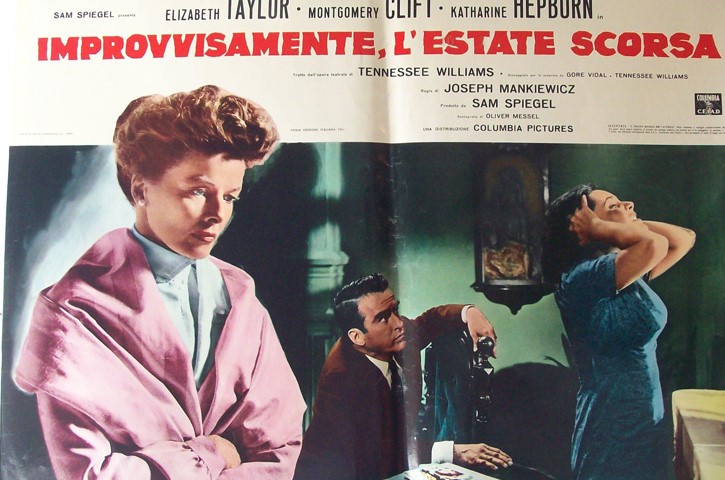 Thankfully, the crown of regality sometimes carries a few kinks in its surface. Take Elizabeth Taylor, for example. While best known for sophisticated performances in such projects as A Place in the Sun and Giant, Taylor, a confirmed member of Hollywood royalty, spent the majority of her latter day career doing bizarre and experimental projects.

The early ’70s, for instance, found Taylor revealing herself in a variety of ways in two unusual projects. In 1974’s The Driver’s Seat, based upon a Muriel Spark novella, Taylor’s Lise utilizes her vacation in Rome to find a truly unusual companion – one willing to murder her! It’s a courageous performance with Taylor exposing her flesh (via a see through bra) and Lise’s very damaged psyche.

The previous year, Taylor gave full life to another off balance creature, Night Watch’s breathlessly anxious Ellen Wheeler. Based, like The Driver’s Seat, upon a piece of writing by a successful woman, this take on Lucille Fletcher’s mystery play definitely highlights the piece’s more Gothic and horrific elements. The result is a fairly predictable, yet highly enjoyable Grand Guignol offering.

Still recovering from the unexpected death of her first husband, which happened in flagrante, Taylor’s Wheeler has moved on with a distinguished businessman named John, played with taut urbaneness by Laurence Harvey. Harvey, film buffs will recall, additionally co-starred opposite Taylor in Butterfield 8, the film which won her a controversial Academy Award. 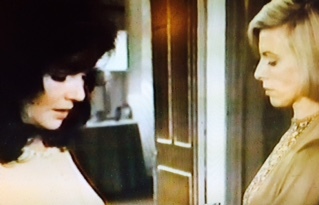 After Wheeler believes she sees a dead body in the building across the way from her home, things unfold quickly. When the police discover nothing, Taylor perfectly captures Ellen’s slowly unraveling essence. The script soon sprints between shades of Repulsion, Rear Window and Gaslight with responsibility for the strange activity seemingly laid at the feet Ellen’s best friend Sarah, who may or may not be having an affair with John. Nicely, Ellen is played with clipped compassion by renowned British stage actress Billie Whitelaw, best known to terror freaks for her swinging performance in the original The Omen.

Filled with nightmare dreamscapes and shadowed corners, Taylor also adds much to the twisted nature of the piece by investing fully in Ellen’s almost convulsive breakdowns and increasingly bubbling ramblings. This commitment to the role rears with a vengeance during the surprisingly violent nature of the film’s twist ending, as well. 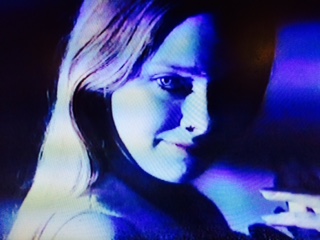 While horror fans should delight to the presence of Whitelaw and Harvey (Welcome to Arrow Beach), English horror princess Linda Hayden (Taste the Blood of Dracula, Blood on Satan’s Claw, Madhouse, Trauma) also makes a much appreciated appearance as a ghostly presence who figures prominently in Taylor’s delusions. But this is truly Taylor’s show here, with even her monumental beauty sneaking through, on occasion, despite the tense circumstances and the frequent neuroticism that she must display here.