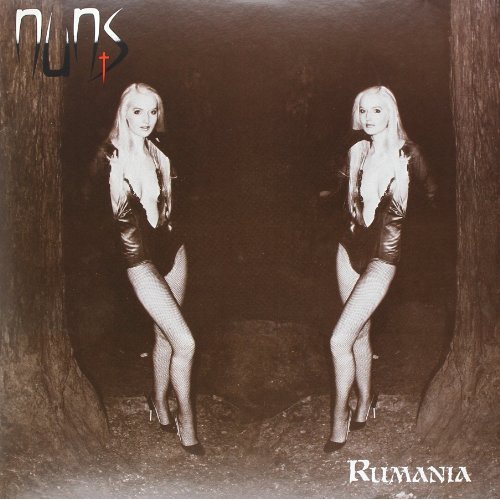 Anyone who has witnessed the glorious oddities of The Video Dead (1987) or Dr. Caligari (1989) will never forget the pale luminosity of late actress-singer Jennifer Miro. In particular, her slyly beguiling undead “The Woman” in TVD surely gave countless young men (and women) nervous feelings of desire as opposed to frightened reactions of dismay. This striking lass was, also, one of the prime forces behind the ever changing, hard to track down (New Wave influenced) band Nuns.

Thankfully, Miro, who died of cancer at the age of 54 in late 2011, is currently gaining a bit of legacy following due to Radiation Records, who has re-released a couple of classic Nuns recordings including the eclectic Rumania.

Like many horror fans, Big Gay Horror Fan loves it when it gets graphic.

But our graphic opuses need smart graphics to sell them to the public and that is where Chris MacGibbon and his CMac Custom Designs come in. CMac has recently designed some amazing covers and posters for such projects as the Sugar Hill and The Video Dead, as shown here. Not surprising because this awesome up and coming company specializes in horror based designs.

To keep up with MacGibbon’s artistic mayhem, be sure to follow all the limb strewn adventures at:
http://www.facebook.com/CMacCustomDesigns.

Big Gay Horror Fan, meanwhile, is always showing off at http://www.facebook.com/#!/BigGayHorrorFan, as well.