A mother’s quest for vengeance strikes at the heart of the much ridiculed Jaws: The Revenge. I, for one, have always taken this goofy showcase for the determined talents of Lorraine Gary as a fun, feminist uprising and Stacy Lattisaw’s song Nail it to the Wall, featured on the film’s soundtrack, definitely reflects the power of a woman at her fullest strength.

Lattisaw, who enjoyed a number of bouncy, beloved hits throughout the ‘80s, is still performing in a spiritualistic capacity and can be visited at www.stacylattisaw.org.

Best known for her powerful yet down-to-earth portrayal of Ellen Brody in the Jaws film series, the versatile Loraine Gary brought a much more sinisterly haughty elegance to her appearance as Barbara Morgan in the 1973 3rd season Night Gallery episode entitled She’ll Be Company For You.

Luxuriating like a film noir femme fatale in turbans and designer dresses, Gary alternatively flirts with and seemingly condemns the show’s main focus, businessman Harry Audon, played with a slowly evaporating confidence by costar Leonard Nimoy. As the best friend of Audon’s recently deceased wife, Gary’s Morgan definitely wants to rip him apart (in a variety of ways), but she leaves such juicy details to her emotional doppelganger, a supposedly harmless cat.

Departing for a trip, Barbara gifts Audon with said pet. But his mild annoyance with his new responsibility soon turns into terror as the present apparently morphs into a viciously clawed supernatural entity. Ultimately, the viewers are never quite sure what the creature really is. But, one thing is for certain, Gary dominates this piece with an ice cold vigor and sensual sharpness. 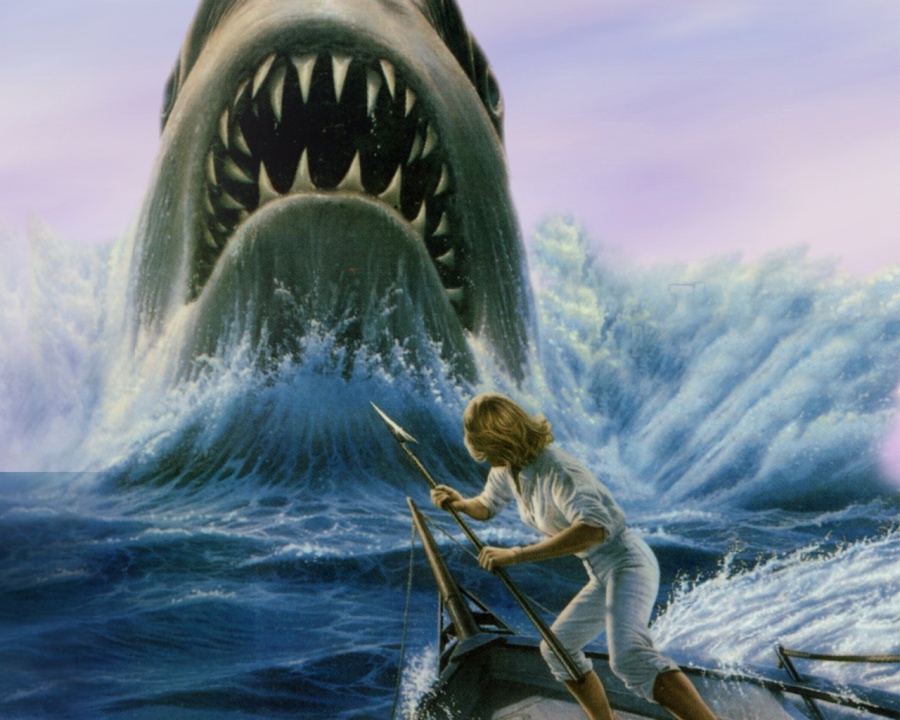 Frequently, I have been referred to as all wet! While this may certainly be true in some cases, it does not apply when considering the fact that I believe the widely reviled Jaws 4: The Revenge is actually a pretty fun, vaguely feminist romp.

Recently, the distinguished gents of Astro Radio Z (including jocular host Derrick Carey) took a moment to examine their favorite films (including such titles as Firewalker, Staying Alive and Megaforce) that, currently, have a 0% rating on Rotten Tomatoes.

You can hear all about them and discover why I think Jaws 4: The Revenge is a perfect 50% at the link, below: